U.S. Army renews a contract worth more than 10% of Palantir's revenues.

Shares of government data-analytics company Palantir ( PLTR -0.95% ) stock shot up to close 9.8% higher Monday after the company announced that the U.S. Army will be exercising an "option" to extend its partnership on the Army Vantage data-analytics platform -- and for even a bit more money than the original contract was worth.

One year ago, the Army hired Palantir to work on Vantage under a potential four-year contract, awarding the company a $110 million contract for the first (or "base") year, with the potential for contract renewals at one year intervals for three years afterwards.

Today, the defense contractor confirmed that the Army is exercising at least the first of these options and awarding Palantir an additional $113.8 million for the work. 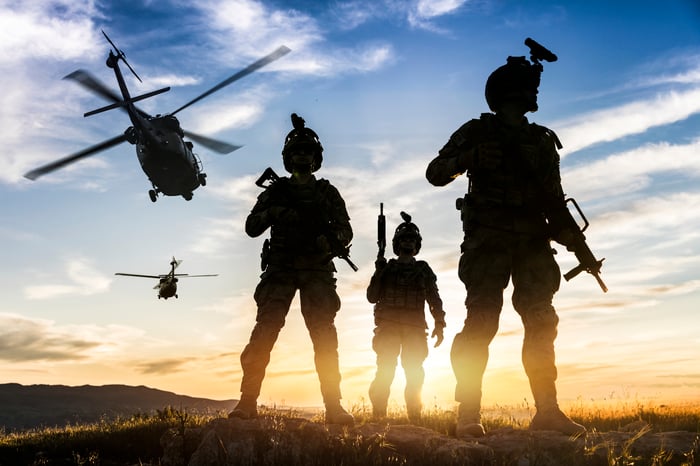 The Army has been using Vantage to "make data-driven decisions in the fight against COVID-19," notes Palantir. With the pandemic still ongoing, it makes sense that the Army would re-up its contract at least for 2020. If the software continues to prove useful, the company could be awarded at least two more option renewals, bringing the total value of the four-year contract to as much as $458 million.

Further renewals after the four-year term would also not be out of the question. All that would require is a new contract award. So Palantir could theoretically be looking at an even longer revenue stream. But even absent such an extension, today's news secures for Palantir a significant chunk of its total revenue stream -- $1 billion over the past 12 months, according to data from S&P Global Market Intelligence -- that could have ended at the end of this year.

Now investors can rest certain that it will at least continue, if not grow, through the new year.