The stock market has hit some choppiness as the year draws to a close, and Tuesday brought another day of ups and downs for the markets. Investors are pleased at the progress made in Washington that has resulted in the passage of a stimulus package on Capitol Hill, although not everyone is convinced that the scaled-down size will be enough to fix all the economic troubles that millions of Americans are facing. As of 1:30 p.m. EST, the Dow Jones Industrial Average (DJINDICES:^DJI) was down 79 points to 30,137. But the S&P 500 (SNPINDEX:^GSPC) was close to unchanged at 3,695, and the Nasdaq Composite (NASDAQINDEX:^IXIC) gained 46 points to 12,789.

There were plenty of big movers in popular areas like special purpose acquisition companies (SPACs) and the electric-vehicle industry. But even when you limit your focus to large-cap companies , sizable moves in Shopify (NYSE:SHOP) and CrowdStrike Holdings (NASDAQ:CRWD) grabbed the attention of investors on Tuesday, pointing the way toward trends that could continue in 2021 and beyond. 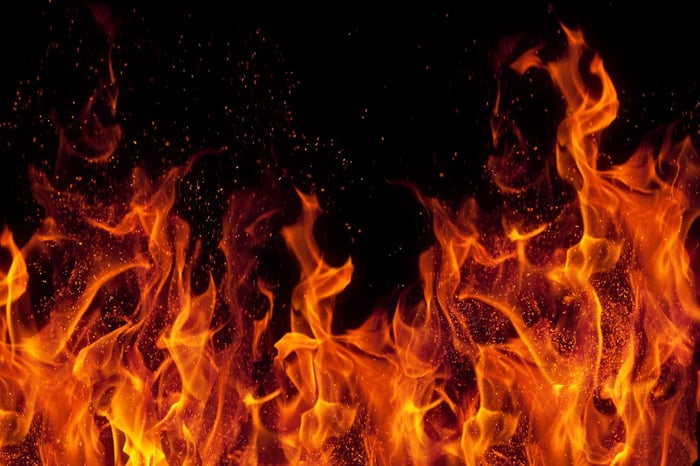 Shares of Shopify climbed more than 7% Tuesday afternoon. That left the Canadian e-commerce enabling company with a market capitalization above the $150 billion mark, and the stock price was at an all-time high.

Shopify has built a reputation for helping small and mid-sized businesses compete effectively on the internet. With tools that help businesses of all sizes build out an online presence, Shopify's platform has seen extremely strong growth in 2020. The COVID-19 pandemic forced many companies to turn to digital alternatives to brick-and-mortar stores, as shutdowns brought traditional shopping to a standstill. Even now, many major retailers are getting all of their growth from their digital channels while seeing same-store sales at physical locations fall.

Shoppers have rewarded Shopify subscribers with their business. Over the Thanksgiving weekend, the company said that its merchants generated $5.1 billion in holiday sales. That was up by more than three-quarters from year-earlier levels, signaling just how important the platform has become for many.

Shopify hasn't hesitated to reach out to customers to try to help them through the worst of the pandemic. Now, its efforts are paying off, and as business conditions improve, Shopify's merchants won't forget how the company helped them survive the toughest times they've ever faced.

Meanwhile, CrowdStrike Holdings jumped to another record high, rising more than 5% in mid-afternoon trading Tuesday. The cybersecurity specialist continued to gain ground following a high-profile breach that has refocused the world's attention on protecting digital information and assets.

The latest cyberattacks centered on U.S. government agencies, including the Department of the Treasury and the Department of Commerce. An email hacking scheme successfully attacked vulnerabilities in those systems, despite the fact that the government had brought on monitoring and cybersecurity software specialists for protection.

The episode has many large entities in both the public and private sectors taking a second look at whether their IT infrastructure is adequately secured against attack. That should bode well for CrowdStrike, which has already been taking full advantage of the accelerated moves by companies to move more of their operations online during 2020.

As trends toward more spread-out corporate operations continue in 2021 and future years, CrowdStrike's ability to protect vital information will only get more important. Shareholders can look forward to a lot more sales growth from CrowdStrike, and that should feed back into solid results for the stock.