Bitcoin has been a hot topic in the investing world recently, and it isn't hard to see why. The leading cryptocurrency recently hit a fresh all-time high and is up by about 240% so far in 2020. Plus, institutional interest from hedge funds and corporations has increased to its highest level yet.

However, whether bitcoin has a bright future -- either as a digital currency or as a store of value -- remains to be seen. This makes bitcoin a highly speculative asset to own. If you're a believer in the long-term use cases for bitcoin, another way to play it would be to buy a stock that could make billions if bitcoin does well, but that will be just fine if it doesn't. Fintech leader Square (NYSE:SQ) is definitely one of them. 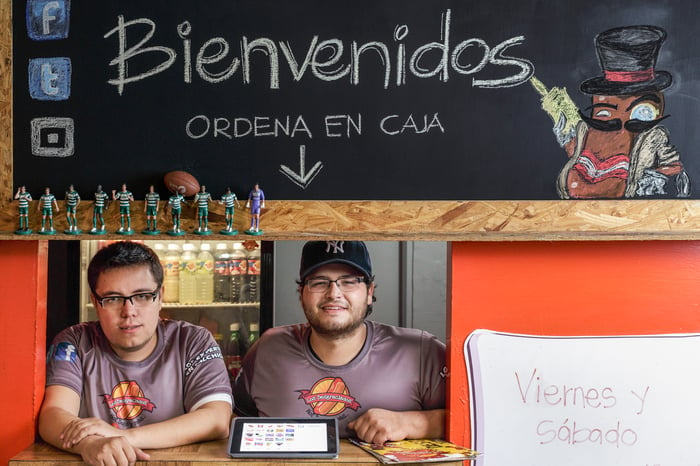 There's no denying that Square's bitcoin operation has been very successful. It could stand to benefit dramatically if bitcoin's price keeps rising, or if the digital currency achieves widespread merchant acceptance. The point is that Square doesn't need those things to happen.

At its core, Square is still a payment processing business. It has grown dramatically over its decade-long history. More than $100 billion of annualized payment volume now flows through Square's hardware. And with card payments expected to become a $45 trillion global market by 2023, this could be just the beginning.

In addition, Square has built a nice business lending operation in the form of Square Capital, which has originated billions of dollars in small business loans. It does this at a much lower credit risk than its peers, since its loans are based on merchants' sales. Square received approval for a banking charter of its own in 2020, and the company plans to launch its own industrial bank next year.

Finally, there's the Cash App, which offers so much more than bitcoin. The app provides person-to-person payments, the ability to buy and sell stocks, and debit cards. Cash App's user base has quadrupled over the past three years. More than 30 million people actively use the platform, which is still in the relatively early stages of monetization.

In a nutshell, Square's growth story has been impressive so far, but it could still have more room to grow. That's true with or without bitcoin.

In the corporate world, there are few people who believe in the long-term potential of bitcoin more than Square CEO Jack Dorsey. There's no denying that Square's non-crypto business growth is extremely impressive, to say the least. If you believe in the long-term potential of bitcoin as an asset, but don't necessarily want your investment results to be only dependent on bitcoin, Square could be a smart way to go.