If you've ever struggled with anxiety, depression, addiction, or trauma, you know that securing your peace of mind is hard work. And the treatments currently available for those conditions don't suffice for everyone suffering from them. So it's worth paying attention to the fact that some in the pharmaceutical industry are now doing serious research into the possibility that psychedelic drugs might be genuinely useful at helping people treat these tricky issues.

It's actually an old idea, but new companies like MindMedicine (NASDAQ:MNMD) are pinning their hopes on the theory that magic mushrooms and other hallucinogens could be powerful -- and lucrative -- medicines. Some investors are clearly ready to buy on that thesis: MindMedicine's stock price has soared by more than 1,130% this year, though the company is still in the early stages of its lifecycle. Could it be worth a buy, even after the hot streak of growth that peaked earlier this month? In my opinion, yes. 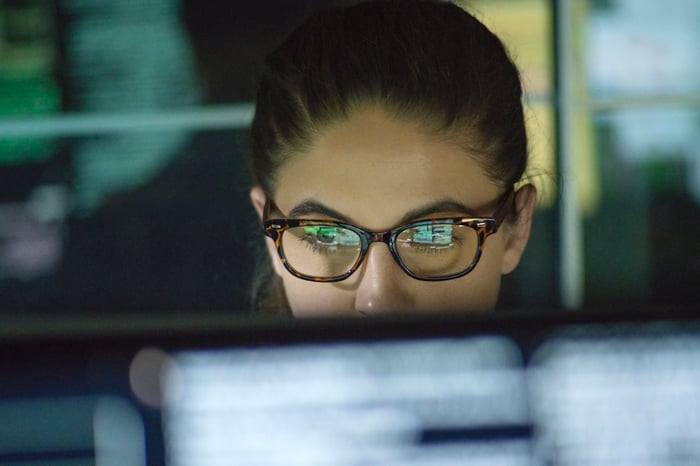 MindMed's pipeline is broad, but maturing

MindMed has a handful of exciting programs in the works, some of which have important milestones coming up next year. In August, the company plans to file an investigational new drug (IND) application with the U.S. Food and Drug Administration (FDA) for its lead program, Project Lucy, which will utilize therapeutic doses of LSD. If this gets the go-ahead from regulators, it will proceed with a clinical trial investigating LSD for anxiety disorders. If that happens, the stock could get a big boost.

Elsewhere in the pipeline, it recently reported preliminary data from its phase 1 trial of a drug candidate called 18-MC, which is derived from the psychoactive chemical ibogaine. The company's Project Layla is investigating 18-MC as a potential treatment for opioid addiction. So far, it look like the drug is safe in appropriate doses. If Layla's safety data continues to look good at the next readout, that could probably drive the stock a bit higher, but the real boost will occur if MindMed reports favorable interim data from its phase 2 trials for efficacy. Similarly, if MindMed succeeds in acquiring a "Breakthrough Therapy" designation for 18-MC from the FDA, the market will react positively to the sped up timeline to potential approval.

The company also has five ongoing phase 1 clinical trials investigating other drugs like MDMA (commonly known as ecstasy or molly) and psilocybin, the primary active compound in psychedelic mushrooms. Importantly, one of those trials is the first to investigate a combination therapy of LSD and MDMA, so it could lead to a program with a major competitive advantage if patients find the combination to be more helpful.

When's the right time to buy?

To be clear, there's nothing certain about MindMed's future as a company or an investment. It's an early-stage biotech, after all. So for those pondering when the right time would be to open a position in the stock, the primary concern ought to be about minimizing downside risk. Given that, keep two issues in mind.

First, MindMed has already applied to be listed on the NASDAQ. If it is approved and listed early next year, the stock will likely appreciate in value and experience a higher trading volume. That supports the argument for buying it right now.

Second, it's unlikely that MindMed has the resources at this point to push all of its early-stage programs through the next phases of their clinical trials. It only reported having $18.24 million in cash in the most recent quarter. To address this issue, over the last three months it closed a pair of bought deal offerings worth CA$28.75 million and CA$34.5 million. It is also working on an even larger offering worth upwards of CA$80 million that's scheduled to close in January, which it plans to use to advance with Project Lucy and Project Layla. Therefore, investors should anticipate that MindMed may need to issue more stock or take out new debt in 2021 to keep advancing with its phase 1 programs. That suggests that it may be better to wait until a bit later next year to buy the stock, at a point when your equity won't get diluted as much.

On balance, though, I think that it's worth buying MindMed sooner rather than later. It's a risky purchase either way, but outsiders can't predict accurately when shares might get diluted, nor guess whether the company might choose to raise funds by borrowing money instead. Plus, right now the market isn't putting a high valuation on MindMed's most promising pipeline projects. There's a high degree of uncertainty regarding their future commercial value. One way or another, as time goes on, those programs' potential should become clearer -- and early investors may be the ones who reap the largest gains.