Shares of Arcturus Therapeutics (NASDAQ:ARCT) were sinking 8.4% as of 10:49 a.m. EST on Wednesday. The decline came after Roth Capital analyst Elemer Piros downgraded Arcturus from buy to sell.

It's best not to place too much emphasis on analysts' downgrades (or upgrades). However, understanding the thinking behind these moves can be helpful. 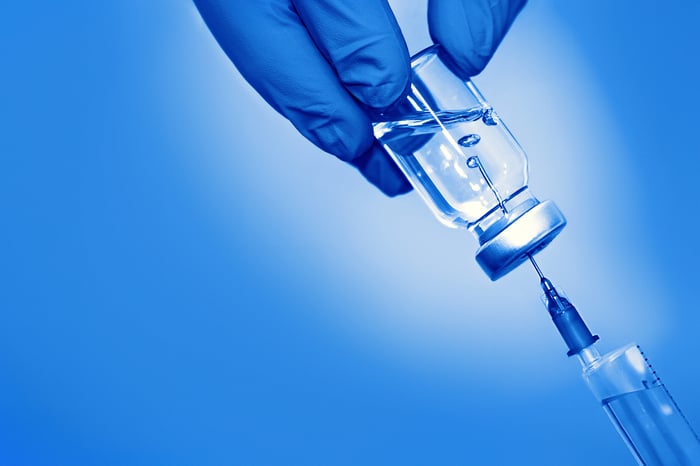 In this case, Piros seems to believe that Arcturus could have a tough time meeting the high efficacy threshold with its COVID-19 vaccine candidate established by Pfizer and Moderna. His price target for the biotech stock remains at $77. Arcturus is still more than 40% above that target even with today's pullback.

However, Piros acknowledged that Arcturus' experimental COVID-19 vaccine could have several competitive advantages. These advantages notably include that ARCT-021 is a single-dose vaccine while most other leading coronavirus vaccines require two doses.

Is Piros' relative pessimism warranted? It depends entirely on how ARCT-021 performs in continued clinical testing. Keep in mind, though, that Arcturus' vaccine is based on a messenger RNA (mRNA) approach. With Pfizer's and Moderna's mRNA vaccines achieving efficacy of at least 94%, it could bode well for the prospects that ARCT-021 will also have very high efficacy.

Everything hinges on late-stage testing for ARCT-021. This testing hasn't begun yet. Arcturus CEO Joseph Payne stated in November that the biotech "look[s] forward to rapidly moving ARCT-021 forward in later stage clinical studies." However, no dates for starting these studies have been set.