These stocks look like bargains in this red-hot stock market.

The stock market has been in rally mode for the past several months, sending shares of most companies soaring, especially those in the technology sector. However, not every stock has enjoyed a banner year. Some have gotten tossed in the bargain bin because most investors are focused on this year's hottest items.

With that in mind, we asked some of our contributors for a stock they believe the market has unfairly discounted. They think some of the top bargains this holiday season are solar tracker Array Technologies ( ARRY -4.53% ), oil refiner Phillips 66 ( PSX -1.93% ), and industrial giant 3M ( MMM 1.37% ). 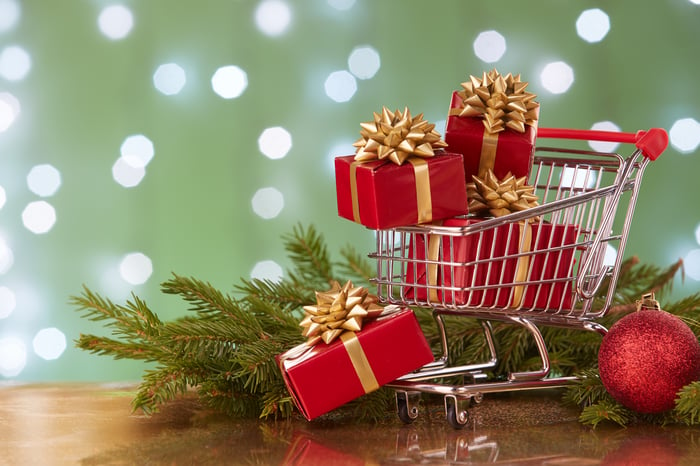 A leading product in a booming industry

Daniel Foelber (Array Technologies): It's rare for solar stocks to go on sale, but shares of Array Technologies have fallen over 20% from their recent high. Array has been one of the subtly talked-about IPOs of 2020. The 31-year-old company went public on Oct. 15 and had a strong start, but gave up most of its November gains after smaller-than-expected contracts and a share dilution at $35 per share on Dec. 7. Investors now have an opportunity to pick up shares at a discount.

Array Technologies is a leader in a niche segment of the solar industry: trackers. Trackers attach to solar modules so they can follow the sun throughout the day. Array estimates its trackers increase energy capture by 25% for an industry-leading low levelized cost of energy (LCOE), which is solar slang for producing electricity for a cheaper price.

Array notched impressive revenue and income growth in the first nine months of 2020. The company estimates that more than one in four solar modules in the U.S. operate using its trackers. U.S. sales are currently 90% of total revenue, but Array hopes to change that by expanding internationally into the U.K., Spain, Brazil, Mexico, China, and Australia. 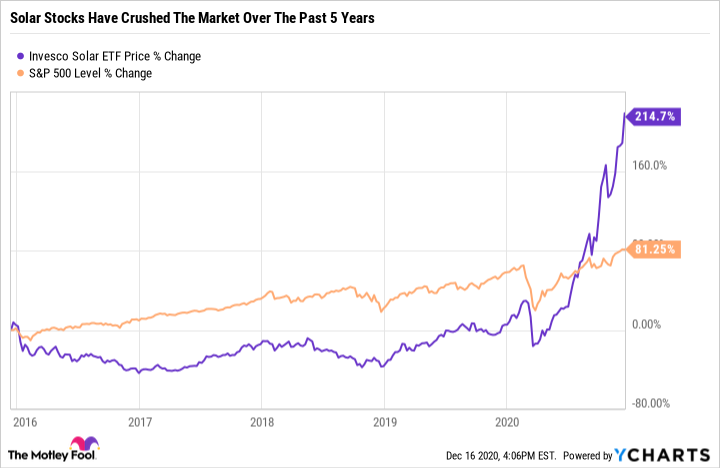 Growth prospects will largely depend on the company's ability to become an entrenched international player in the solar tracking industry. If Array can tap into developing solar markets, it should naturally benefit from the powerful sector tailwind of the solar industry. Solar power generation is now cost-effective with fossil fuels. In fact, the International Energy Agency (IEA) expects 43% more solar output in 2040 than it expected in 2018 based on the notion that solar will be 20% to 50% cheaper than earlier projections.

Array's stock isn't cheap according to traditional valuation metrics. And its share price could be volatile seeing as it has only been public for a few months. But Array's impressive 2020 performance and growth rate make it one of the most attractive IPOs on the market today.

Matt DiLallo (Phillips 66): The COVID-19 outbreak torpedoed demand for refined petroleum products like gasoline, diesel, and jet fuel. That squeezed the margins of oil refiners like Phillips 66, forcing them to cut production. The company's refining margins cratered 63% in the second quarter, while it only utilized 75% of its production capacity. Meanwhile, margins declined another 32% during the third quarter while its utilization rate only improved to 77% of its production capacity. As a result, its refining business posted a loss of $867 million in the second quarter and another one approaching $1 billion in the third. These losses have weighed on its share price, which has cratered about 40% this year.

However, Phillips 66 should get a booster shot in 2021 as vaccines roll out and the pandemic comes to an end. That should allow people to resume a normal life, including commuting and traveling for work and taking more leisure trips like vacations. As a result, demand for refined products should improve, causing refining margins to follow. That one-two punch should fuel a substantial uptick in Phillips 66's cash flow next year.

Meanwhile, the company won't need as much cash next year after reducing its capital spending program. It only expects to invest $1.7 billion of capital in 2021, a significant decrease from its $3 billion budget this year. Because of that, it could produce a gusher of excess cash in 2021, which it could use to buy back its stock from the discount bin. Those catalysts could give Phillips 66's shares the fuel to soar in 2021.

Reuben Gregg Brewer (3M): It would be hard to suggest that industrial giant 3M is trading at bargain basement levels. However, the stock's 3.3% dividend yield is toward the high end of its historical range. That suggests that it is relatively cheap today. Backing that assessment up, the shares are down around 25% over the past three years compared to a 37% advance for the S&P 500 Index. 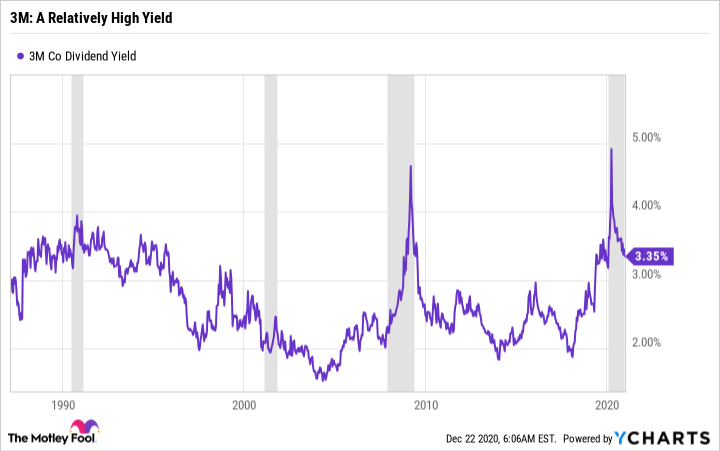 To be fair, there's a reason for 3M's laggard performance. The cyclical company is facing some legal issues related to both its products and production facilities that could result in material cash outlays. But, with a market cap of roughly $100 billion and a solid balance sheet (the financial debt-to-equity ratio is a modest 0.2 times or so), it should be able to handle the hit.

If you can stomach that uncertainty, you get a globally diversified industrial giant that has a long history of success behind it. The best evidence of that is in its over six-decade-long streak of annual dividend increases, which easily makes it a Dividend Aristocrat. Note, too, that over the past decade 3M's average annualized dividend increase has been in the 10% space. And while the company is basically muddling through the global pandemic, there's no particular reason to think that 3M has lost its way business wise.

If you want to buy a great company at a fair price, the discount Mr. Market is offering up today on 3M shares is pretty enticing.

These 3 Value Stocks Are Too Cheap to Pass Up

These 3 Dividend Stocks Are Too Cheap to Ignore