As 2020 thankfully comes to a close, can Norwegian Cruise Line (NYSE:NCLH) investors expect 2021 to be any better?

While there are COVID-19 vaccines now being produced for use, giving Norwegian's and other cruise operators' stocks a boost, voyages have been pushed back till March and bookings remain depressed. At least one analyst thinks cruise companies won't return to their pre-pandemic levels until 2030.

Let's examine whether Norwegian Cruise Line is a buy for investors today. 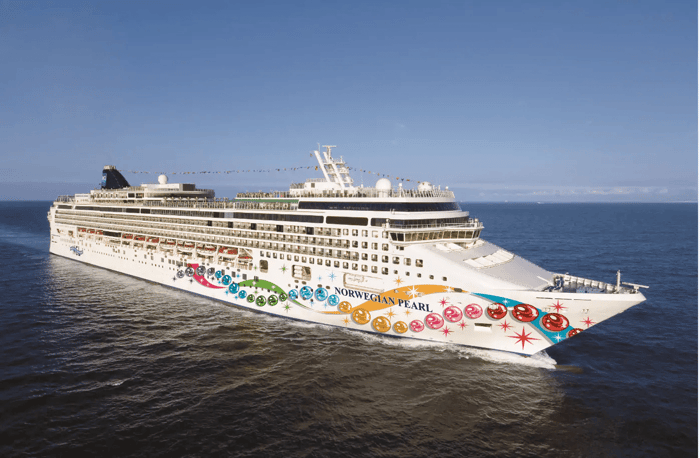 Norwegian Cruise Line was one of the worst-hit cruise lines this year, with its stock sinking 86% by mid-March as all voyages were canceled. In comparison, Royal Caribbean lost 83% and Carnival fell 81%. Yet it's been one of the best performers since -- shares have tripled in value. Year to date, though, Norwegian's stock is still down 58%, which indicates just how far it fell.

The vaccine news definitely provided ballast for the industry, as it gives confidence consumers will return to their ships sooner, and there are already encouraging indicators Norwegian and the other cruise operators won't have to wait until 2030 to see demand recover.

The argument for the longer path to recovery is that pricing will take more time to come back than demand. Because cruise ships were unreasonably seen as plague ships when the pandemic first broke out, people who want to set sail again won't pay up for the privilege.

Of course, analysis afterwards found outbreaks on cruise ships weren't any more widespread than in the public at large, but sensationalist headlines at the beginning painted a far more dangerous scenario than what occurred.

Yet cruise lines are keeping prices down. The consumer discretionary company told analysts during its third-quarter earnings conference call pricing for 2021 was on par with what was in effect prior to the pandemic. Encouragingly, however, that was including the impact of credits given to consumers who had their voyages canceled.

While Norwegian is keeping prices stable to entice passengers to book cruises again, it's not the dire scenario being depicted. Half of the credits issued have already been redeemed, so their lingering impact will be minimal. President and CEO Frank Del Rio told analysts the credits have had "zero effect" on pricing, and for the 2021 and 2022 cruise years, pricing is flat to slightly higher.

Cracks in the hull

Even so, flat pricing will hurt profits some. Norwegian Cruise Line took on a lot of debt during the coronavirus outbreak to ensure it had sufficient liquidity, including a three-part capital raise in the third quarter that added $1.5 billion to its balances.

Long-term debt has ballooned 75% since the end of 2019, rising from $6 billion to $10.5 billion at the end of the third quarter. Its interest expense has more than doubled to $139 million from last year.

At the same time, Norwegian has issued more stock over the last nine months as well, increasing its shares outstanding from 214.8 million to 271.4 million. The dilution will hurt per-share earnings when it's finally able to show any profits.

The cruise ship operator went from over $808 million in cumulative net earnings in the third quarter last year to $3.3 billion in losses this year.

The best of the fleet

What Norwegian Cruise Line has going for it is the latent demand for cruising that still exists, reduced cruise ship capacity in the market, and new state-of-the-art cruise ships coming on line that will build up a potent force for recovery.

As the smallest cruise line operator with just 28 ships, Norwegian has a smaller mountain to climb than its rivals. It can manage bookings better to achieve full capacity and intends to maintain its policy of raising prices by 3% to 4% on average.

That's a much more hopeful outlook than it's being given credit for. No doubt it won't be smooth sailing if people buy in now, but with negative sentiment still prevalent in the travel and tourism industry, it gives investors an opportunity to buy Norwegian Cruise Line stock cheap before the rest of the market wakes up to the opportunity.