Norwegian Cruise Lines (NYSE:NCLH) is looking at whether it can require passengers to be vaccinated against COVID-19 before allowing them on a cruise ship.

CEO Frank Del Rio told Travel Leaders Group that his company would definitely require ship crews to get the vaccine before returning to work, and said its lawyers were looking into whether it was possible to require a so-called "immunity passport" from customers, too. 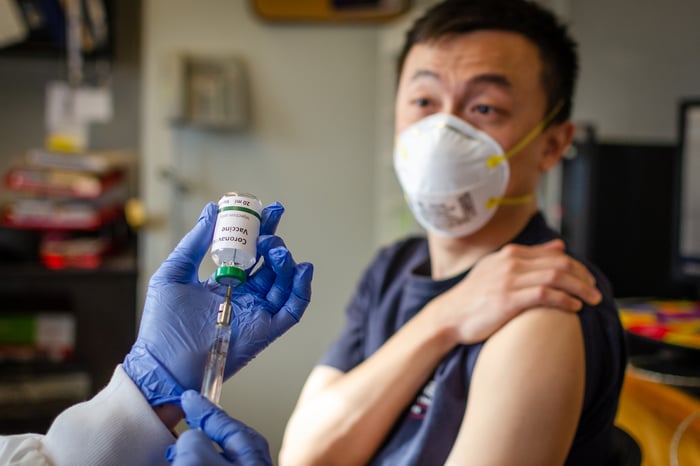 The policy is being discussed in many industries as the arrival of multiple effective coronavirus vaccines looks imminent. A Food and Drug Administration advisory committee just recommended the agency grant emergency use authorization for the COVID-19 vaccine developed by pharmaceutical giant Pfizer and smaller German biotechnology player BioNTech. And next week, a similar panel will be convened to weigh such a request for Moderna's candidate.

While there are many reasons why an individual might not want to get the vaccine, prohibiting someone from earning a living or taking a vacation because of that choice is a controversial position to stake out.

Travel Weekly quotes Del Rio as saying, "We have to build confidence in our customers and among ourselves that it's safe to cruise," but also acknowledges it might not be legal to do so.

Early on in the pandemic, cruise ships experienced a number of high-profile COVID-19 outbreaks. In the months that followed, the industry was brought to a standstill by governments' no-sail orders. In some international markets, a few cruise lines have started to resume operations. And domestically, the Centers for Disease Control and Prevention has conditionally lifted its ban. However, its latest guidance still notes that "sailing during a pandemic is an inherently risky activity."

Peer operator Carnival just announced it was canceling many cruises until late into 2021. Norwegian Cruise Lines voyages are currently canceled until March, and Del Rio says there's a good chance further delays will be announced.