Palantir's (NYSE:PLTR) stock has roughly tripled in price since its direct listing three months ago. Interest in the data-mining firm's stock was initially tepid due to its controversial business model, heavy dependence on government contracts, lack of profits, and ongoing insider sales.

Palantir's stock now trades at nearly 40 times next year's sales, and some analysts are warning that the stock could be too hot to handle. That caution is warranted, but three recent developments have kept the bulls engaged over the past month. 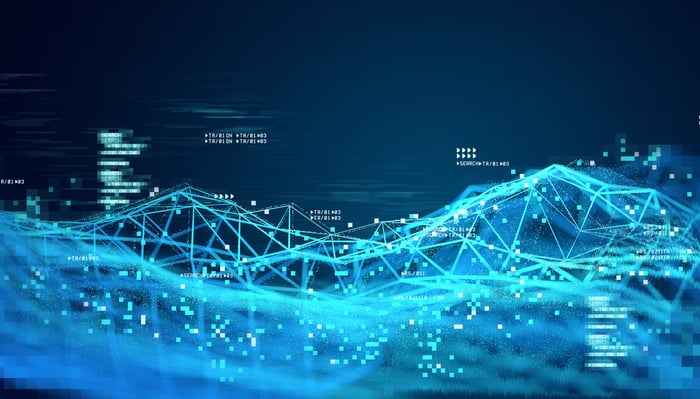 1. A three-year contract with the FDA

On Dec. 8, Palantir said the U.S. Food and Drug Administration (FDA) had awarded it a new three-year contract worth $44.4 million. Palantir already provides services to the FDA, but the new contract represents its largest-ever deal with the agency.

Palantir will provide enterprise data management and analytics solutions for the Center for Drug Evaluation and Research (CDER) and the Oncology Center of Excellence (OCE), which will be used to make "critical information more accessible, governable, and secure" as the centers "assess the safety and efficacy of drugs and regulate the industry."

Palantir says its platform, which "breaks down information silos and allows end users to see new connections and insights from data," will help CDER and OCE "address the gaps in their current IT capabilities" to support tests and regulations for new drugs.

2. The continuation of a multi-year Army contract

On Dec. 21, Palantir said the U.S. Army would execute the second year of a pre-existing partnership that started a year ago.

Last December, Palantir signed a deal with the Army that could be worth up to $458 million over the following four years, including one base year and three option years. The base year, which just ended, was worth $110 million. The second year, which was just renewed, is worth $113.8 million.

Palantir's platform powers Army Vantage, an analytics platform that gathers data from disparate sources to drive data-driven decisions. The platform was used to make decisions in the fight against COVID-19 over the past year and received a Public Sector Government Innovation Award in November.

The continuation of that deal will tighten Palantir's existing relationship with the Army, which also includes a recent two-year $91 million contract to strengthen its machine learning and artificial intelligence capabilities.

3. A new contract with the U.K. National Health Service

The NHS will use Palantir's enterprise-facing platform, Foundry, instead of the Gotham platform that serves U.S. government agencies. Palantir didn't disclose the exact value of the deal, but the NHS contract states the deal could be worth up to 23.5 million British pounds ($31.9 million).

The NHS initially partnered with Palantir back in March to manage the U.K.'s COVID-19 data, but that trial deal was worth a mere 1 pound ($1.36). That deal was set to expire in June, but it was extended for an additional four months for 1 million pounds ($1.36 million). The new two-year deal expands that partnership and represents a strong vote of confidence in Foundry's ability to manage the pandemic.

But will these catalysts support Palantir's valuation?

The new FDA, Army, and U.K. NHS deals could generate roughly $145 million in combined revenue over the next year (about 10% of Palantir's top line) if the FDA's payments are evenly distributed over the next three years and the NHS pays the highest projected value for its contract.

That's a significant boost, but Palantir's management also likely baked these three deals -- which were all extensions of its existing partnerships -- into its latest guidance. Therefore, these partnerships probably won't change the fact that Palantir is still a pricey stock.

Nonetheless, Palantir's latest deals with the FDA and Army will widen its moat against potential challengers in the government sector. Foundry's deal with the NHS should also broaden Palantir's reach beyond U.S. government agencies, bolster its appeal with enterprise customers, and help it gain ground against business intelligence rivals like Splunk.

On their own, these deals don't justify Palantir's valuation. But they indicate Palantir's Gotham and Foundry platforms could still have plenty of room to grow -- which could continue to lock in the bulls and buoy its high-flying stock.