High-yield dividends by themselves don't necessarily scream risk, but high-yielding dividends in companies that are having financial difficulties do. That's why it makes sense to look at a company's long-term financial situation when seeking dividend income.

If a company is in such dire straits that its dividend is at risk, it could leave investors with a stock that's already lost value, and that will sink even further once the dividend is pared.

Omega Healthcare (NYSE:OHI), Energy Transfer LP (NYSE:ET), and ExxonMobil (NYSE:XOM) all have dividends with yields above 7%. Their dividends may be enticing, but there's definitely a catch as the three are fighting market trends. 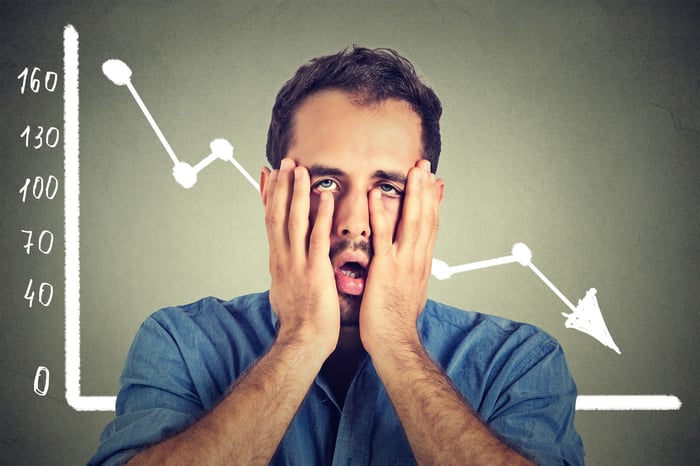 The long-term health of Omega Healthcare is in doubt

Omega Healthcare is a real estate investment trust that specializes in long-term healthcare facilities. The company also has raised its dividend for the past 17 years and its current quarterly dividend of $0.67 offers a yield of 7.2%.

At first glance, Omega should be well placed for growth. As baby boomers age, more people are likely to require long-term care. According to the U.S. Census, the number of people in the United States age 65 and over will overtake the number of people 18 and under by 2034 for the first time.

However, the impact the coronavirus pandemic has had on the residents of long-term care facilities has caused a fundamental shift, and is one reason why Omega's shares are down more than 12% year to date.

More seniors are seeking alternate ways to age in place, not wanting to get locked down in a facility where relatives may not be able to visit. The population in U.S. nursing homes is down by 15% since the end of 2019, The Wall Street Journal reported this month. Then, there's the risk that COVID-19 has highlighted. Though less than 1% of people in this country live in long-term care facilities, as of Dec. 24, the COVID Tracking Project said that 38% of the deaths from COVID-19 have been in extended-care facilities.

Omega Healthcare is better suited than many companies in the long-term healthcare space because its triple-net leases put all expenses on tenants, and the company's size, with 957 facilities under lease, gives it scale advantages. Despite that, the drop in the company's funds from operations (FFO) in the quarter was dramatic: $15.1 million, compared to $163.1 million year over year, boosting the company's forward FFO payout ratio on its dividend to 84.4%. That's more than 20% higher than a typical REIT. 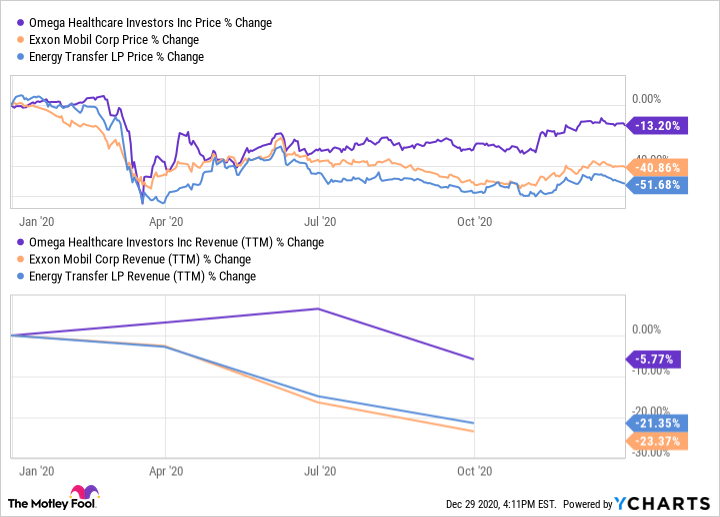 Energy Transfer is at best a risky play

Long-term prospects for oil and gas pipeline companies are down with a new presidential administration likely to push for more alternative fuels. Energy Transfer was having plenty of problems without those concerns, however.

Shares in its stock are down more than 49% year to date, swelling the pipeline company's dividend yield to 9.87% on its quarterly dividend of $0.15 per share.

Its revenue was way down through first nine months of the year, as it reported $28.7 billion in revenue, down from $40.4 billion year over year. The company said it lost $693 million compared to having a net income of $3.5 billion in the same period a year ago. Energy Transfer's free cash flow has declined around 33% over the past 12 months and its long-term debt has risen nearly 10% year over year. It's also concerning that the company's net debt of $51.2 billion is nearly three times the size of its $17.6 billion market cap.

In October, Energy Transfer trimmed its quarterly dividend in half (from $0.30 to $0.15 per share), lowering its cash dividend payout ratio trailing 12 months (TTM) from an unsustainable 187.4% to a moderately unsafe 74.13%.

This isn't the first time it has cut its dividend. It halved its dividend in 2015 and didn't boost its again until 2018, so this isn't a good sign.

ExxonMobil is a big name to stay away from

ExxonMobil has raised its dividend for 37 consecutive years, but I see this Dividend Aristocrat as a classic value trap. The company's stock has dropped more than 40% year to date, making the yield on its dividend jump to 8.36%. Like the previous two stocks, fundamental market forces are working against ExxonMobil, with oil prices and demand down.

Unlike another former oil company Dividend Aristocrat, Royal Dutch Shell, ExxonMobil didn't cut its dividend this year, but it is hanging on by a thread with the company's cash dividend payout ratio (TTM) at 447.8%.

Even if oil prices begin to climb, Exxon has already begun to dig a hole. To pay for that dividend, it has increased its annual net debt issuance to $8.7 billion, growing its debt at a higher rate than competitors. 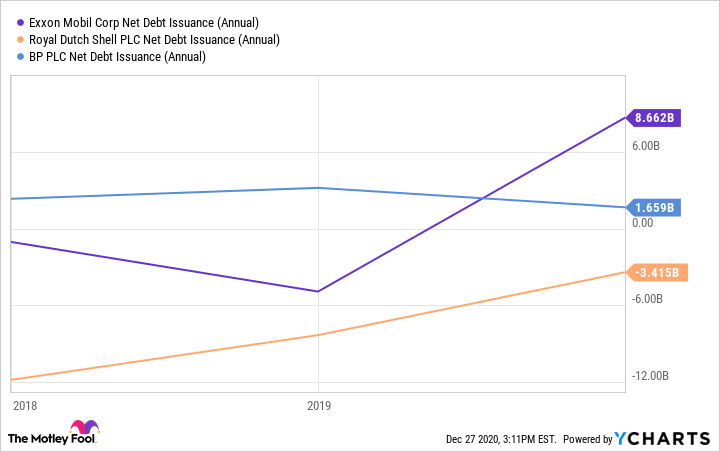 Exxon's financials have improved since the second quarter, but that's not much of a silver lining. The company registered a net loss of $680 million in the third quarter. Through nine months, the company has lost $2.37 billion, compared to generating a net income of $8.6 billion in the same period in 2019.

I don't recommend buying any of these dividend stocks, thanks to uncertainty in their business environments. The way things have been headed for these three, even if they maintain their dividends for the time being, their share prices are likely to continue declining. And sooner, or later, a persistent decrease in share price leads to the inevitable dividend cut.

That's not to say they're not being prudent. All three have trimmed costs, but they may still have to cut their dividends in the future.