Facebook (NASDAQ:FB) is often considered the 800-pound gorilla of the social networking market. Its family of apps -- which includes its main app, Instagram, and WhatsApp -- grew its monthly active users 14% year over year to 3.21 billion last quarter. Facebook also shares a near-duopoly with Alphabet's Google in the digital ad market.

However, several major social networks are still growing in Facebook's shadow. Let's take a closer look at three of them, how they withstood competition from Facebook, and what that resilience means for Facebook's long-term prospects. 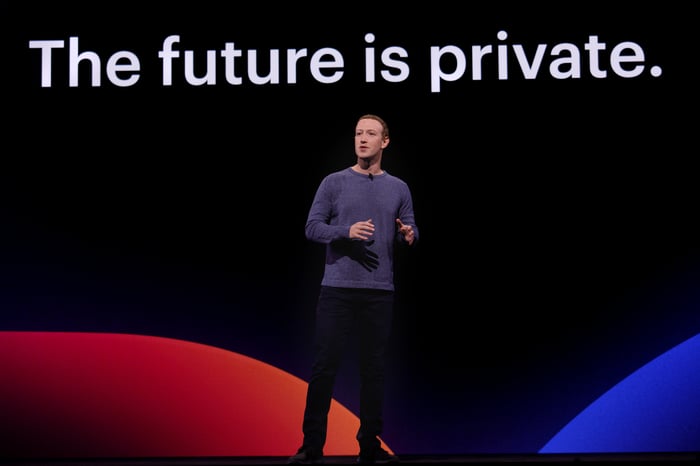 Facebook reportedly tried to buy Snap's (NYSE:SNAP) Snapchat for $3 billion in 2013 to boost its appeal among younger users. Snap refused, and the company is now worth over $73 billion today, despite Facebook's ongoing attempts to clone Snapchat's features in Instagram and Messenger.

Second, Facebook's tighter embrace of Instagram -- which blended the two platforms' brands, posts, and messaging systems -- likely alienated younger users, who saw Facebook as their parents' social network. Lastly, Snap expanded its ecosystem with more AR lenses, Discover videos, and games, which differentiated it from Instagram and locked in users. It also sidestepped the privacy, fake news, and hate speech controversies that hounded Facebook and Twitter (NYSE:TWTR) over the past year.

That's why Snap's daily active users rose 18% year over year to 249 million in the third quarter, marking an acceleration from its previous quarter, as its average revenue per user (ARPU) grew 28%.

Pinterest (NYSE:PINS), the social network that lets users pin photos, videos, and products to virtual pinboards, also generated robust growth over the past year. Last quarter, its monthly active users grew 37% year over year to 442 million as its ARPU grew 15%.

Pinterest's focus on sharing interests, hobbies, and shopping ideas instead of personal posts and news articles insulated it from Facebook's and Twitter's controversies. Like Snapchat, Pinterest established a first-mover's advantage in its own high-growth niche, which mainly incudes older affluent women. Pinterest's platform is well-suited for shopping, and several retailers have already uploaded their entire catalogs to Pinterest via shoppable pins. In 2019, a Cowen & Co. survey found that 48% of Pinterest's users used its platform to find and shop for products, compared to just 10% of Instagram's users -- which bodes ill for Facebook's social shopping ambitions.

In response, Facebook launched Hobbi, a Pinterest clone for curating interests and activities, in February 2020. But it quietly killed the app less than five months later after it failed to gain traction, which suggests Pinterest still has plenty of staying power.

ByteDance's TikTok, the overseas version of the Chinese app Douyin, gained an estimated 850 million MAUs in just over four years. The platform's short videos, which can be synchronized with music, became popular with viral content creators -- including former users of Twitter's Vine, which was discontinued in 2016.

TikTok differentiated itself from other platforms with its streamlined system of endlessly scrolling bite-sized videos, and its editing tools made it easier for new users to create new content. Those strengths, along with constant support from heavyweight social media influencers, turned it into a favorite platform for younger millennials and Gen Z users. And like Snapchat, TikTok was considered a safe haven from Facebook-bound parents.

TikTok's future in the U.S. seemed dim after the Trump Administration said it would ban the app over its ties to China in September 2020. However, two court orders subsequently postponed the ban, and it's unclear if the incoming Biden Administration will still try to ban the app.

Facebook is clearly worried about TikTok. It launched a TikTok clone called Lasso in late 2018, but killed off the app in July 2020. It subsequently integrated a TikTok-like feature called Reels into Instagram, but it's doubtful Reels will pry that many users away from TikTok.

Facebook failed to crush Snapchat, Pinterest, and TikTok, but its core platforms should keep growing for the foreseeable future. Companies should still consider Facebook and Instagram to be top advertising platforms, and it has plenty of ways to expand its ecosystem beyond its core apps.

However, Facebook's failures indicate it will still struggle to unseat first movers in niche markets, capture Gen Z users, or shake off its privacy, fake news, and hate speech controversies. As a result, Snapchat, Pinterest, and TikTok should all continue growing like weeds in Facebook's shadow.