Shares of fuboTV (NYSE:FUBO) continued their late-December slide Friday morning, falling by about 11% as of 11:40 a.m. EST. That brought the stock's decline since Dec. 22 to more than 50%.

To keep it in perspective, the stock had climbed by more than 400% after its debut as a public company in October, and the steepest portion of that climb took place in the seven days before this plunge began. Those gains spurred two recent short-seller reports asserting that fuboTV shares should be trading at $10 or less. That compares to a $60 share price just over a week ago. 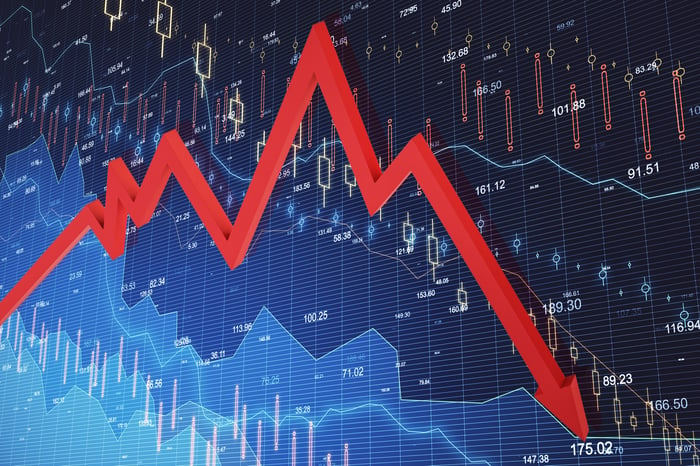 The latest short-seller report from Kerrisdale Capital broke down what it believes are flaws in the company's business model. It also addressed a recent acquisition that has sparked more investor interest in the company.

Earlier this month, fuboTV announced it was buying online fantasy sports tool developer Balto Sports in what it called a "first step into [the] sports wagering market." In its report, Kerrisdale called that "a trivial first step" and described the announcement as "pure stock promotion." The analyst argued that the only way it could have a material impact is if fuboTV became a fully owned and operated sportsbook.

At a recent analyst presentation, fuboTV co-founder and CEO David Gandler said the company plans a second phase of integrating Balto Sports during which it will be "looking for an entry point into wagering in terms of potentially becoming a sportsbook."

Investors can either read that as a path to sports betting or as hesitation, since it's not a definitive statement. Those are the types of things that the short-seller picked apart in their report. Until investors see more business results directly from the company, including revenue data, we really won't know if the short-sellers are right. I'd suggest reading the lengthy report and coming to your own conclusions about its credibility in the meantime.