According to a press release from Mondelez this morning, Hu Master Holdings is "a category leader in premium chocolate in the United States, and one of the fastest-growing confectionery brands in the natural channel." The company makes chocolate bars designed to match the requirements of the "paleolithic" or "paleo" diet, along with a recently launched line of grain-free crackers. 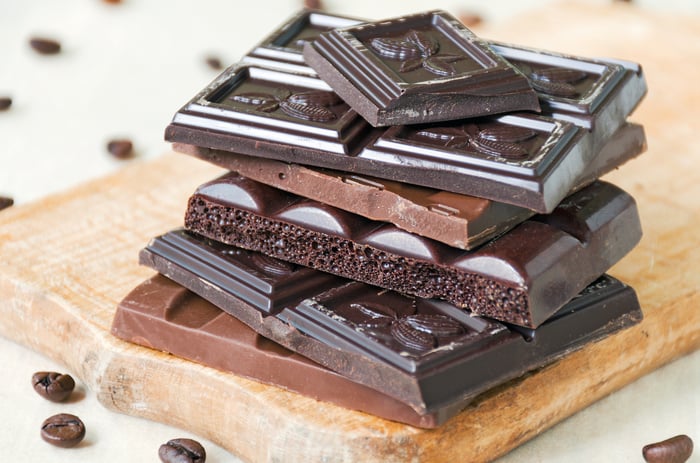 Mondelez's strategy has included a steady diet of new acquisitions to expand its lineup of brands for some time now. It has been increasing its healthy and premium snacking presence for several years. The company acquired high-end cookie maker Tate's Bake Shop for $500 million in 2018, aiming at a brand whose sales had "quadrupled over the past five years." It also bought refrigerated organic protein bar company Perfect Snacks in 2019.

While Mondelez International hasn't offered 2021 guidance due to COVID-19 concerns, its strategy appears to have kept it growing at an approximate 3.5% rate through the pandemic. Analysts expect this top-line growth to accelerate slightly in 2021, reaching 3.7% or thereabouts.

Mondelez said in its press release Hu Master Holdings offers "meaningful opportunities to expand distribution including in eCommerce and premium conventional retail," with the brand's e-commerce success being a potentially important factor with the strong switch to digital sales prompted by COVID-19.