The clue is in the description. Activist hedge fund Starboard Value tends to invest in companies with a view to helping them unlock the potential in the business. The formula usually involves encouraging management to restructure the company in order to improve profit margins in line with its peers. Successes include turnarounds at Darden Restaurants and Marvell Technology after Starboard placed directors on the board. Based on the fund's last 13F filing at the SEC, the fund holds over $1 billion in three stocks: auto parts retailer Advance Auto Parts (NYSE:AAP), engineering consultancy AECOM (NYSE:ACM), and agriscience company Corteva (NYSE:CTVA). Let's take a look.

It's fair to say that the auto parts retailer hasn't lived up to expectations since Starboard's involvement in 2015. Back then, the hope was that Advance would be able to raise its earnings margin toward its peers, O'Reilly Automotive and AutoZone. But the reality has been continued underperformance. For reference in the chart below, EBITDA is earnings before interest, taxation, depreciation, and amortization. 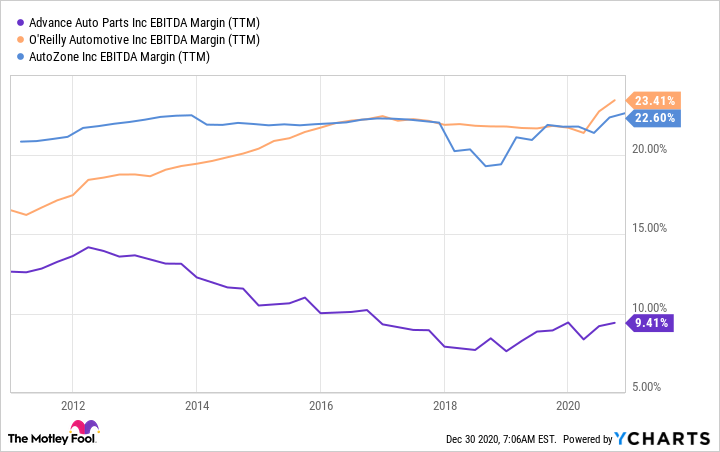 In addition, Starboard had hoped to improve Advance's cash flow generation by turning over inventories quicker and extending payables terms, again using its peers as a target. One way to look at it is to take the ratio of accounts payable to inventory.

Unfortunately, Advance Auto Parts continues to lag behind its peers on this metric. 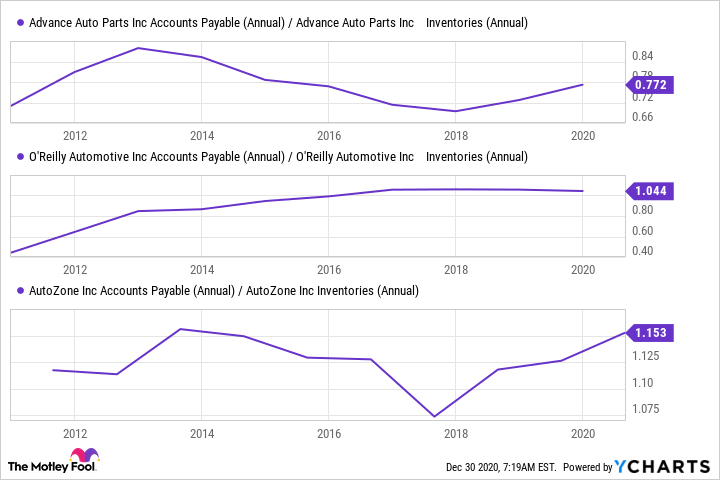 Given the evidence above, there's no compelling reason to buy Advance over O'Reilly or AutoZone right now, and Starboard actually reduced its stake in the company in the third quarter.

The restructuring at infrastructure consultancy and design company AECOM seems to be faring better than at Advance Auto Parts. Starboard's view was that AECOM had executed poorly in the past, and there was a significant opportunity to unlock value by improving operational performance and divesting less profitable businesses.

Alongside the divestitures, management has been reducing overhead by consolidating from nine regions to five and simplifying its decision-making processes. Many of these changes are in line with Starboard's recommendations and appear to follow the playbook set by AECOM's peer Jacobs Engineering Group when it turned its business around.

The changes at AECOM gave management the confidence to forecast a 9% increase in EBITDA in 2021 to $790 million-$830 million, with free cash flow in the range of $425 million-$625 million. The midpoint of these forecasts would put AECOM on an enterprise value (market cap plus net debt)-to-EBITDA multiple of less than 10 times, and a price-to-free cash flow multiple of around 14 times.

Those valuations make the stock look very attractive, and if you believe that infrastructure spending will remain strong in the coming years, then AECOM is worth buying.

You guessed it. The case for buying agriscience company Corteva is based on the idea that it can, and should, increase its profit margin in line with its peers. The company, a spinoff from the former DowDuPont in 2019, generates around 45% of its revenue from crop protection and 55% from seeds. As Starboard's CEO Jeff Smith outlined at a presentation in October, Corteva's adjusted EBITDA margin is below its peers in both seeds and in crop protection. 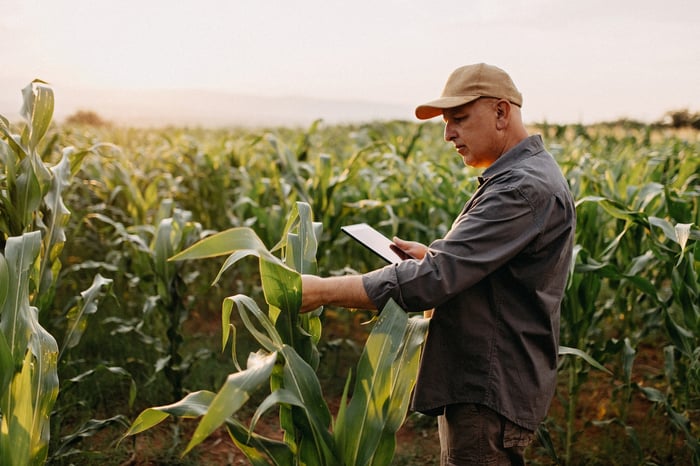 Clearly, there's a lot of potential for Corteva to increase margins in the future. Indeed, the company's management is already planning for margin expansion to lead to 12%-16% EBITDA growth over the midterm.

Trading on an estimated EV/EBITDA multiple of 11.4 times 2021 earnings, and with the potential to significantly increase EBITDA in the future, Corteva is an attractive stock for investors looking to follow Starboard into a value opportunity.