One of famous venture capital investor Chamath Palihapitiya's special-purpose acquisition companies, or SPACs, was soaring on Thursday. As of noon EST, Social Capital Hedosophia Holdings V (NYSE:IPOE) was higher by 30%, and shares had been halted.

As is usually the case when predeal SPACs suddenly move sharply, this "blank check" company had just found its acquisition target. And it's a big one. 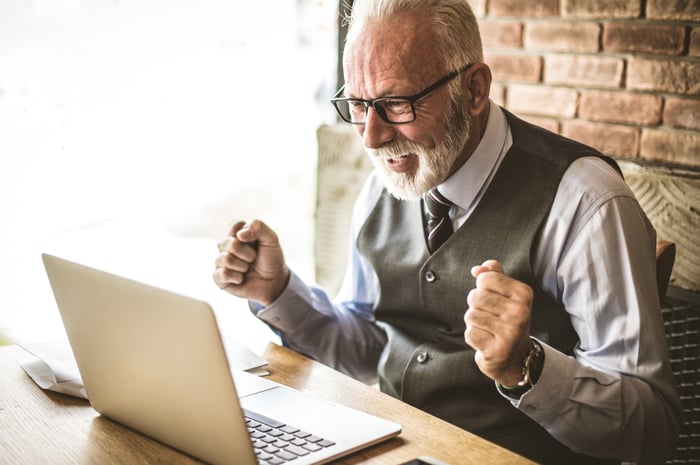 Social Capital Hedosophia announced that it would use this $800 million SPAC to merge with fintech start-up SoFi, whose IPO has been rumored for some time. SoFi is primarily an online lender, offering personal loans, student loan refinancing, and other lending products, in addition to a stock trading platform and robo-advisor.

The deal values SoFi at $8.65 billion, which includes $2.4 billion of new capital that is being contributed as part of the transaction.

SoFi will be the fourth company taken public by Chamath Palihapitiya's SPACs, following Virgin Galactic (NYSE:SPCE), Opendoor Technologies (NASDAQ:OPEN), and Clover Health (NYSE:IPOC). It's fair to say that this is an extremely impressive track record.