Ruggieri currently serves as the company's senior vice president of finance, America. According to Starbucks, she has nearly 30 years of experience in various aspects of corporate finance.

She joined the company in 2001 as a member of its accounting team, a unit that was responsible for the popular Starbucks Card that morphed into the company's popular mobile app. During her tenure at the company, she has served in various positions, including vice president of corporate financial planning and analysis. 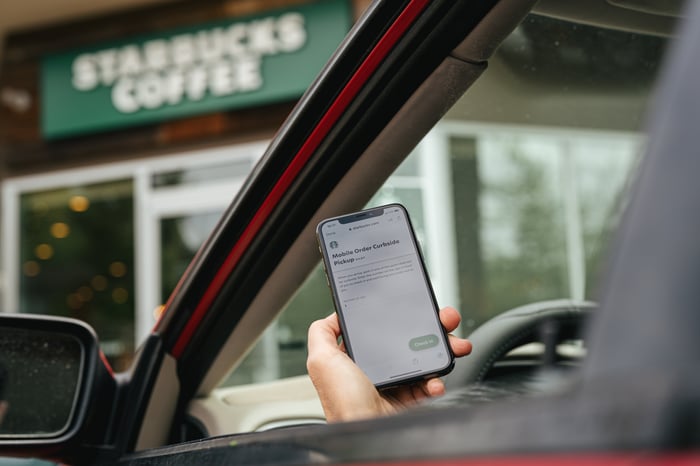 In its press release trumpeting the new executive appointment, Starbucks devoted a few sentences to its previously proffered guidance. The company is reiterating its outlook for both the current quarter (Q1) and the entirety of 2021.

For the latter period, it has forecast global comparable year-over-year sales growth of 18% to 23% and revenue of $28 billion to $29 billion. Capital expenditures should land at around $1.9 billion, filtering down to a non-GAAP (adjusted) per-share earnings figure of $2.70 to $2.90.

Grismer said this is because, "Our overall business momentum remains positive, providing confidence that Starbucks will deliver financial results in line with our previous guidance."

Perhaps investors aren't convinced by that argument. On Thursday, the company's stock fell by 0.8%, in sharp contrast to the nearly 1.5% gain of the S&P 500 index.