Shares of Goldman Sachs (NYSE:GS) rose 11.9% in December, according to data provided by S&P Global Market Intelligence. A number of positive things happened for Goldman during December, some specific to the company, and others that were pertinent to the banking sector as a whole.

Specifically, Goldman landed two of the hottest privately owned unicorns as customers and partners in December. First, Goldman teamed up with private payment processor Stripe, one of the most valuable private companies in the world. The two will partner to launch Stripe Treasury, which will allow businesses that use Stripe for payments to access Goldman's treasury banking services via an API to send, receive, and store funds. 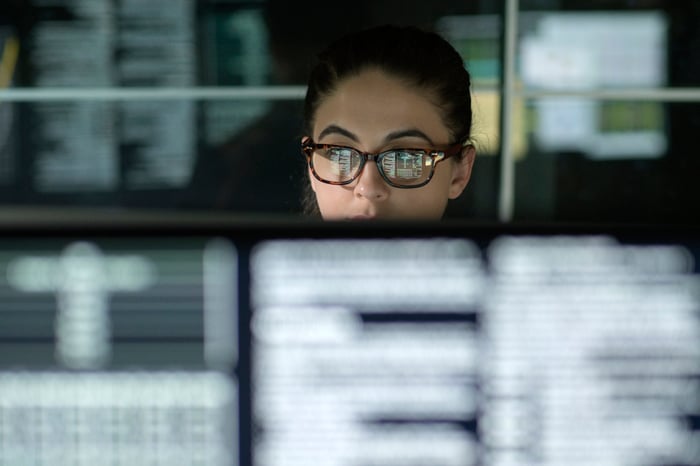 Next, Goldman landed a huge investment banking client in Robinhood, which chose Goldman to become the lead bookrunner in its upcoming IPO. Robinhood has come on the scene in recent years as a favorite millennial online brokerage, offering free trades and other "gamified" features around investing. Whatever one thinks of Robinhood's business, it would probably be a big IPO, with Reuters reporting Robinhood could fetch as much as a $20 billion valuation.

Finally, in the middle of December, the Federal Reserve said it would allow large banks to restart share repurchases, starting in the first quarter of 2021, provided they were in good enough financial shape. Goldman certainly qualifies, as its investment banking business has boomed in a record-setting IPO year, and the company outperformed in the most recent Fed stress test.

Goldman Sachs looks like a pretty cheap stock these days, with a rock-solid balance sheet and trading at just 10 times next year's earnings estimates. In fact, if the economy snaps back once a vaccine is distributed, Goldman and the entire banking sector looks like one of the better-valued sectors in the market, even after the impressive gains since November.