Will the e-commerce company build an electric car?

In a press release, MercadoLibre said it will offer $400 million worth of debt paying 2.375% interest and maturing in 2026, and also $700 million worth of debt paying 3.125% and maturing in 2031. The company noted that this will be its first offering of debt securities. MercadoLibre has issued only about 5.6 million new shares in the past five years, funding its expansion instead almost entirely from the success of its business.

Now, it seems, MercadoLibre is preparing to embark upon a new stage of growth, and needs more cash to accomplish it. As management explained, "MercadoLibre intends to use the net proceeds from the sale ... to finance or refinance ... environmental objectives such as: clean transportation, land conservation and preservation, energy efficiency, renewable energy, green buildings and pollution prevention and control." 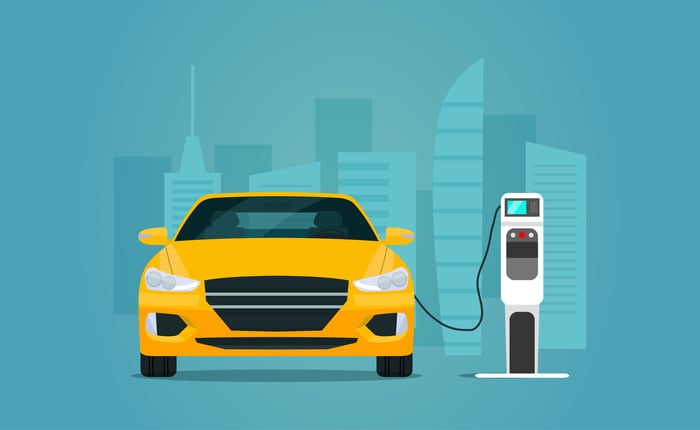 It seems to me that what MercadoLibre is saying is that it's about to broaden its business with investments into such ultra-hot sectors of the stock market as electric cars and renewable energy -- and the corollary "green" activities described, of course.

But I think the exciting part of today's press release is the company's apparent desire to get into EVs and renewable energy. To me, at least, that's the theory that best explains the enthusiasm surrounding MercadoLibre stock today.

Here's What Made MercadoLibre Investors Nervous on Tuesday

Could This Be the Best E-Commerce Stock to Own?

Why I Would Buy This Stock Instead of Bitcoin