Please ensure Javascript is enabled for purposes of website accessibility
Free Article Join Over 1 Million Premium Members And Get More In-Depth Stock Guidance and Research
By Billy Duberstein - Jan 8, 2021 at 9:04AM

One of the world's major cruise lines continued its climb higher on reopening hopes.

Shares of Norwegian Cruise Line Holdings ( NCLH -8.82% ) rose 11% in December, according to data provided by S&P Global Market Intelligence. There wasn't much in the way of financial news from the company, although Norwegian did raise more money during the month at favorable rates. Additionally, the stock rose on continued optimism over a cruise recovery next year as we get closer to a full vaccine distribution. 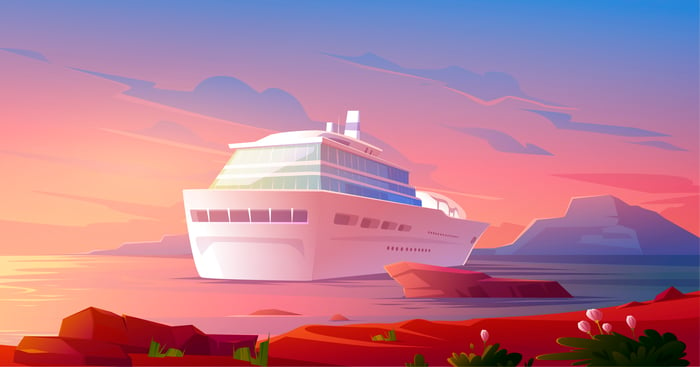 In mid-December, Norwegian raised another $850 million in senior debt to help the company's liquidity as it gets through the end of the pandemic. Encouragingly, Norwegian was able to sell senior debt at just a 5.875% interest rate. That's far below the 12.25% interest rate at which the company raised money back in May, and may have led to hopes that Norwegian and other cruise companies could be able to refinance their massive debt loads at lower rates, now that we have a vaccine.

Additionally, sell-side analysts at J.P. Morgan (NYSE: JPM) postulated that cruise stocks could see continued positive investor sentiment through the end of next year as a vaccine rolls out and cruises start traveling.

JPMorgan's point is probably true. But the question is how much good news is already priced into Norwegian and the other cruise line stocks. There will be a level at which the market will temper its expectations around actual financials, so interested investors will have to gauge for themselves how much they think is already reflected in this consumer discretionary stock. To me, all the cruise lines still seem fairly valued or overvalued after their recent post-vaccine runs.