A bidding war breaks out for the ATM operator.

Shares of Cardtronics ( CATM ) were up more than 15% on Friday afternoon after the nonbank ATM operator said it had received a new, higher buyout offer. Last month the markets seemed to be anticipating a bidding war, and it now appears Cardtronic does indeed have multiple suitors.

Shares have been gaining ground since early December. The company at that time announced it had received an offer from funds associated with Apollo Global Management ( APO ) and Hudson Executive Capital ( HEC ) to acquire its shares for $31 each in cash. Weeks later, the buyers sweetened that offer to $35, valuing Cardtronics at $2.3 billion including debt. 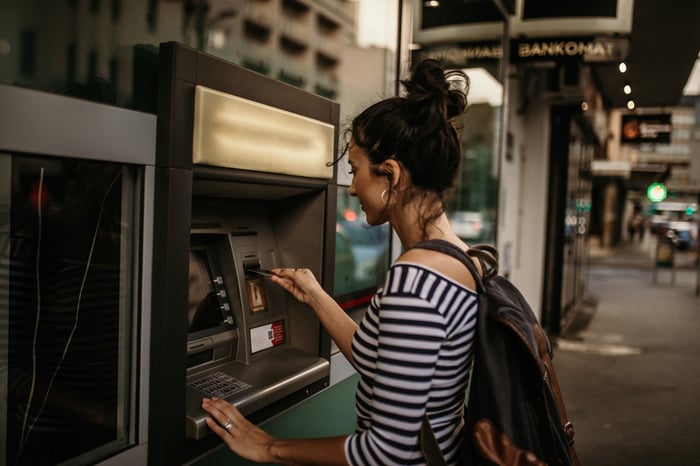 The story got a fresh twist late Thursday. Cardtronics said it has received an unsolicited proposal from a third party to acquire it for $39 per share in cash. For now, at least, the agreement with Apollo and Hudson remains "in full force and effect," Cardtronics said, but its board is discussing the new bid with the suitor.

Investors on Friday are betting the saga is not over yet. As of 1 p.m. EST today, Cardtronics is trading at $41.28 per share, more than 5% above this new, sweetened offer and 17% above the agreed-to $35 offer price with Apollo.

The question now is: How high could this bidding war go? Cardtronics shares have now doubled in value since late November, but the stock is still well below its $47.41 high set back in January. 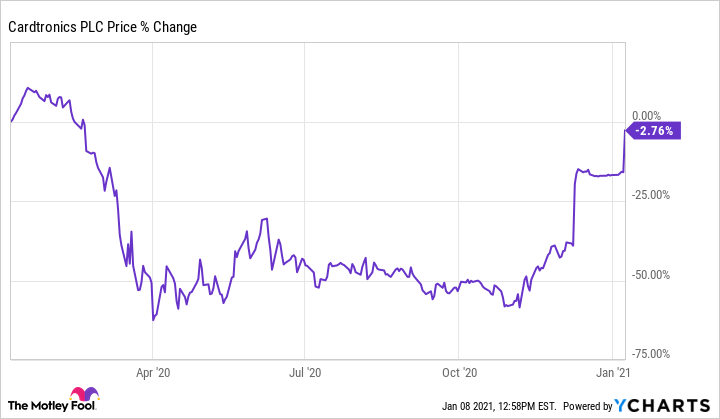 The company was hit hard by the COVID-19 pandemic, which caused people to stay at home and reduced demand for ATMs and cash payments. At least some of that demand is likely to return as vaccines are rolled out. But given how consumer behaviors changed during the lockdown and with financial services rapidly evolving away from cash payments, there is no guarantee that demand will ever return to pre-pandemic levels.

Be warned that until a deal is signed and completed, there is some risk in speculating. But investors on Friday are buying into believing that this story still has a few chapters to go.