A social network that enables truly local conversations to build stronger and safer communities. Reading that may feel like a time machine back to when Facebook (NASDAQ:FB) was just the website where you found old friends and played games on the internet. It's actually a description of what may be the most underrated IPO of 2021, Nextdoor.

Won't you be my neighbor?

One of the things that can lead to the vitriol on social media is the anonymity it affords people. Rarely would people say hateful or insulting things to a person they have to see when getting the mail or attending a neighborhood kid's birthday party. It's that accountability and local focus-- reinforced by the requirement that members verify their name, address, and neighborhood -- that differentiates Nextdoor from the rest of the social media landscape. 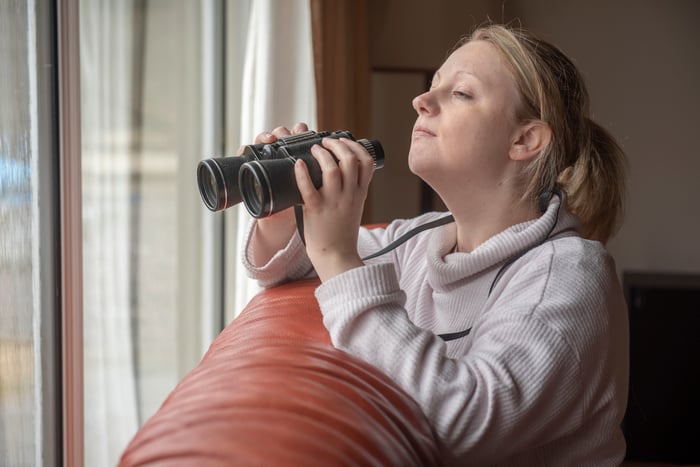 Of course, people have been increasingly choosing to live around others who share their beliefs for years, so the chance of encountering competing views online is much less with people who live near you, whether you know them or not.

Everyone is a neighbor

The company currently operates in 11 countries and claims members in 270,000 neighborhoods globally, one out of every four in the United States. In October, reports surfaced that the company wanted to go public with a valuation of $4 billion to $5 billion. That could double Nextdoor's $2.2 billion valuation from the last round of funding in September 2019.

Nextdoor won't be able to create a niche for itself without a fight. Although Facebook is building its own neighborhood feature, potential investors shouldn't be too concerned. Despite copying Match Group (NASDAQ:MTCH) in September 2019, Facebook Dating hasn't gained much traction. Investors interested in the social media space, but not enamored with the existing public companies, may want to buy shares in the truly local social network if they go public in 2021.