The stock prices of Fastly (NYSE:FSLY) and Cloudflare (NYSE:NET) have each more than quadrupled since the beginning of 2020. Their lofty valuations suggest the market anticipates strong revenue growth over the long term thanks to the companies' innovative solutions that accelerate and secure access to online resources.

But with its agreement to acquire the start-up Volterra announced on Jan. 7, F5 Networks (NASDAQ:FFIV) will become an extra competitor to Fastly and Cloudflare with a differentiated offering. So should Cloudflare and Fastly shareholders worry about this new development?

Users expect applications to deliver nothing less than a flawless experience. That bodes well for the providers of content delivery networks (CDNs) and edge computing that improve application performance by hosting content closer to the users. The legacy outfit Akamai Technologies deployed almost 1,500 networks worldwide over the last couple of decades to provide such services and integrate security capabilities. 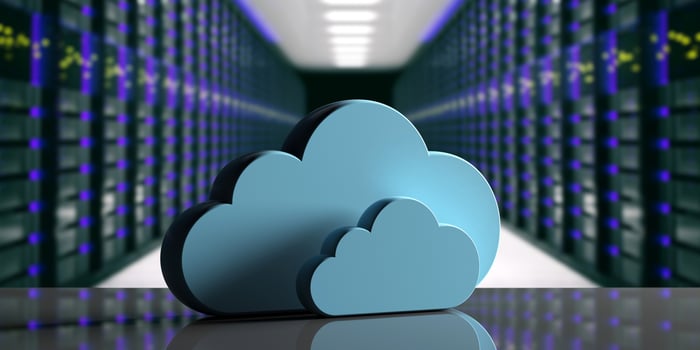 As a result of their innovative offerings, those new players have been posting spectacular results over the last several quarters, boosted by the coronavirus-induced acceleration of digitization of enterprises. For example, Cloudflare's revenue reached $114.2 million during the last quarter, as year-over-year revenue growth accelerated at a 54.4% rate, compared to a 47.7% year-over-year growth rate in 2019.

With its $500 million acquisition of Volterra, F5 Networks claims it will develop a differentiating and superior edge-computing technology compared to innovative CDN specialists such as Fastly and Cloudflare.

Indeed, Fastly and Cloudflare certainly improve the performance and security of applications, but they require different technologies that customers must integrate when they adopt multi-cloud strategies. For instance, Fastly and Cloudflare have built their programmable edge-computing platforms with the different technologies WebAssembly and JavaScript engine V8, respectively. The technical details don't matter here; the point is that customers must adapt their applications to each edge-computing provider. Similar challenges also materialize to secure access to those applications.

In contrast, Volterra offers a virtual edge-computing platform as a service. That means its customers can develop, deploy, and secure applications across public and private clouds by using one standard technology, which simplifies operations in multi-cloud environments. And over the next 12 to 18 months, F5 will be integrating its networking and security capabilities to enhance Volterra's platform.

What it means for F5 Networks' shareholders

Following their phenomenal performance over the last few quarters, Cloudfare's and Fastly's stocks are trading at lofty price-to-sales (P/S) ratios of 61 and 33, respectively. That suggests the market expects flawless execution and spectacular performance over the next several years. In contrast, F5 Networks' stock is trading at a P/S of 5 because of its lower revenue growth since it must deal with its legacy hardware business. 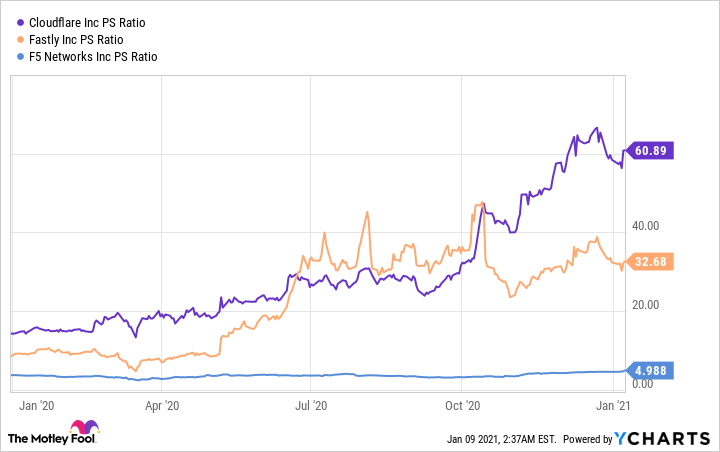 Thus, Cloudflare and Fastly shareholders should worry. The demanding valuations of the CDN and edge-computing specialists don't take into account the extra competition and challenges F5 may present over the long term.

Granted, F5 won't address the whole CDN, edge computing, and application security markets, which Fastly estimated at $35.4 billion by 2022. For instance, it won't compete with the CDN specialists for specific use cases such as the ultra-fast update of applications at the edge. And its offering will mostly address large enterprises and service providers that look to leverage and simplify multi-cloud environments. But F5 could make a dent in Cloudflare's and Fastly's high-growth stories, which should lead to lower valuations.

In contrast, F5 stock seems reasonably priced considering the company's revenue growth and profitability. Following the acquisition of Volterra, management expects long-term double-digit percentage revenue growth. In addition, thanks to the company's large-scale and mature hardware business (with trailing-12-month revenue of $2.4 billion), adjusted operating margins remained strong at 30.1% during the last quarter. Management expects those percentage margins to increase to the mid-30% range by 2025.

Thus, investors looking for exposure to the attractive CDN and edge computing markets should consider F5 Networks as an alternative to the richly valued growth stocks of Cloudflare and Fastly.