Please ensure Javascript is enabled for purposes of website accessibility
Free Article Join Over 1 Million Premium Members And Get More In-Depth Stock Guidance and Research
By Lee Samaha - Jan 13, 2021 at 7:28AM

Analyzing the investment case for a company that is both a beneficiary and a victim of the coronavirus pandemic.

Food safety, hygiene, and clean water company Ecolab ( ECL -2.50% ) continues to be a stock keenly contested by bulls and bears. On the one hand, it's a great business with a high degree of recurring revenue, and it obviously has lines of businesses that will benefit from increasing public awareness around the need for clean environments. On the other hand, some of its key end markets will remain challenged for some time. Let's take a look at what's going on.

The key issue for Ecolab right now is its exposure to the hard-hit restaurant and hospitality industries. In the third quarter, the company reported dramatic year-over-year declines in sales and income from its institutional segment, which covers those sectors.

Turning to Ecolab's industrial segment, revenues still declined in Q3, but operating income rose strongly on the back of pricing increases and cost cuts. Its industrial-based sales are likely to improve as sites open up again, albeit with near-term weakness as the current intense wave of COVID-19 hits the global economy. 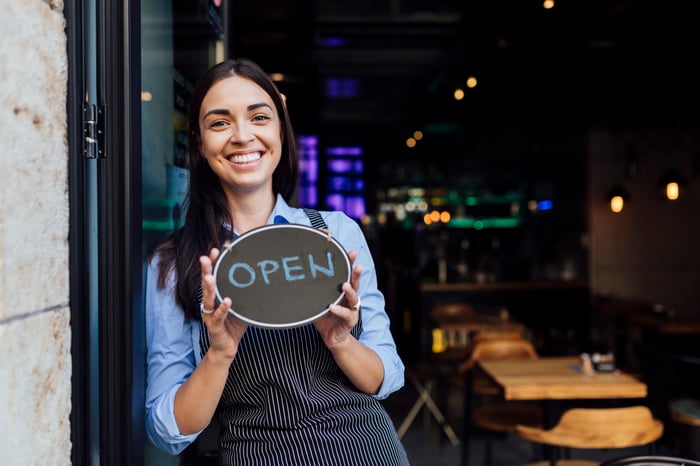 Finally, the company's global healthcare and life sciences sales continue to be boosted by COVID-19. However, the growth rates it's experiencing in those markets are obviously not sustainable -- assuming the distribution of newly available vaccines reduces the threat of the coronavirus.

Naturally, the institutional segment's prospects were discussed at length during the third-quarter earnings call. But the key questions -- how fast might revenues from the restaurants, lodging, and hospitality industries recover, and where will those industries go from here -- are ones that nobody can definitively answer right now.

As CEO Douglas Baker noted on the third-quarter earnings call, "over 90% of restaurants in the U.S. were open by the end of third quarter, running at a roughly 55% capacity rate." Given those figures, it's clearly going to take time for the restaurant industry to recover. Baker went on to say that " Institutional is obviously ground zero for COVID, and there [are] going to be some knock-on effects for a period of time." On a somewhat brighter note, he expressed confidence that restaurants would recover faster than lodging, where he expects the comeback to take a couple of years. 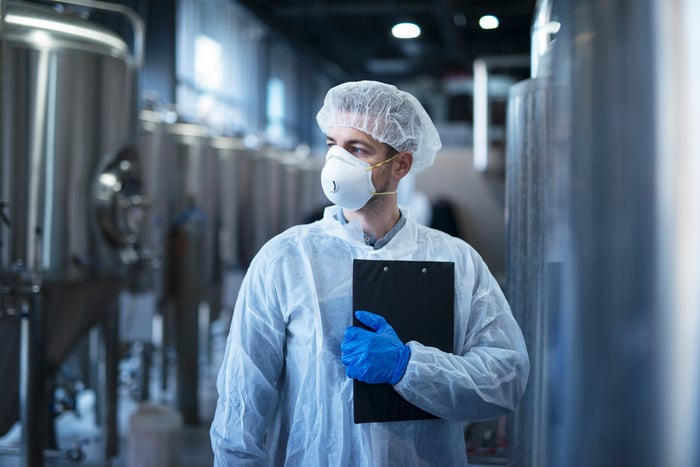 Clearly, Baker and Ecolab's investors are hoping that the lodging and restaurant industries will return to their pre-pandemic status quos over time. If that occurs, Ecolab's institutional revenue and earnings will recover from their current depressed levels.

Putting it all together, the investment case for Ecolab hinges on the ideas that, over time, people will go back to dining out in restaurants and visiting hotels about as much as they used to, so its institutional sales will recover, and that industrial sales will rebound sharply in 2021 as the economy picks back up.

There are two key, and connected, arguments against the bullish view on Ecolab:

Put another way, because the stock has optimism built into its valuation already, the upside is limited. And a glance at some commonly used valuation metrics shows that Ecolab is not cheap compared to its historical valuations. 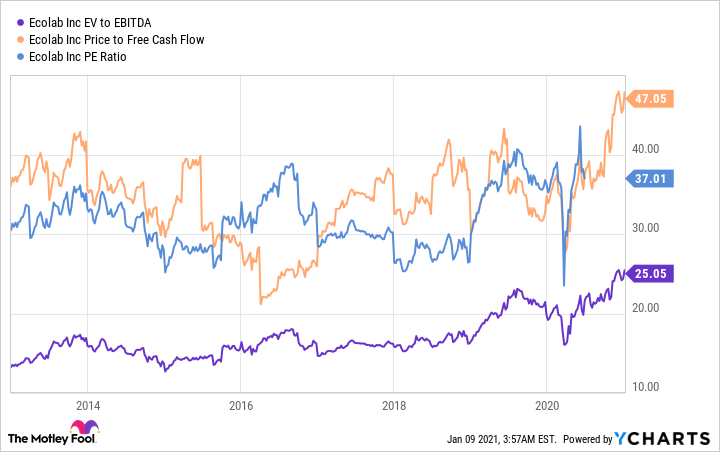 While it's true that 2020 was a uniquely bad year, and that Ecolab probably deserves a higher rating because it separated its upstream-energy-focused business, ChampionX,  it's still hard to make the case that the stock is cheap on an absolute basis. For example, based on analyst forecasts, Ecolab will trade at 41 times earnings at the end of 2021.

All told, Ecolab is an attractive business, but investors will need to see some hard evidence of a recovery in dining out and hotel visits before they can feel fully confident in buying into the stock at these levels. Even if you think a full recovery is likely, smart investing strategy also needs to involve protecting yourself against the risks of being wrong, and a stock trading at 41 times forward earnings rarely has a lot of downside protection built into it.

With the Economy Reopening, Here Are 3 Pandemic Underperformers Set to Boom

Is Ecolab Stock a Buy?