Please ensure Javascript is enabled for purposes of website accessibility
Free Article Join Over 1 Million Premium Members And Get More In-Depth Stock Guidance and Research
By Asit Sharma - Jan 13, 2021 at 11:15AM

The company continues to anticipate swift, double-digit revenue growth over the next several quarters.

Health care industry software and consulting provider Simulations Plus ( SLP 3.92% ) posted impressive results in the first quarter of its fiscal year 2021, continuing a trend that pushed this small-cap dynamo's stock up 147% last year. Results, however, fell largely in line with analysts' expectations, and investors engaged in a bit of profit-taking on Tuesday following Monday evening's earnings release. Shares finished the Tuesday session 10% lower.

Simulations Plus provides modeling and simulation software used in drug discovery and research as well as for regulatory compliance in drug submissions. The company is also a leader in the application of machine learning to predict molecule properties in pharmaceutical chemistry. Let's briefly review the organization's latest earnings filing to see if it remains on track for further share price gains in the quarters ahead. 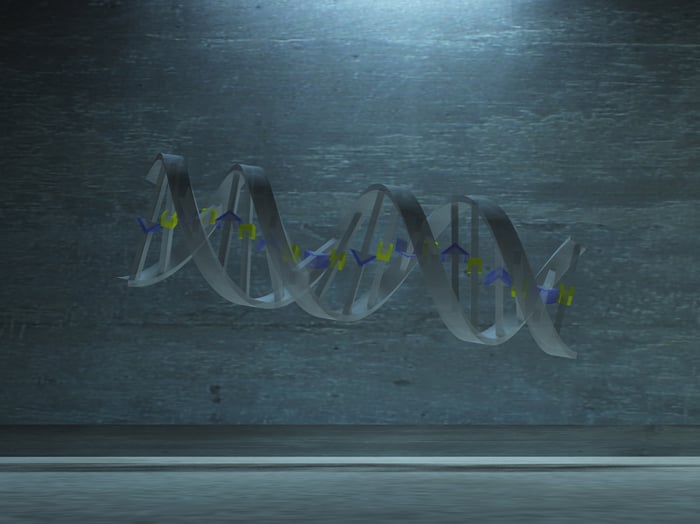 Simulations Plus recorded a year-over-year revenue increase of 14% to $10.7 million. While this can be considered healthy growth, the top line was a bit muted due to an unfavorable comparison with the first quarter of fiscal 2020.

In that quarter, the company's DILIsym Services subsidiary enjoyed outsized consulting revenue, growing 138% year over year. As expected, the DILIsym division's revenue normalized this quarter, decreasing 66% against Q1 2020. Excluding DILIsym's results, the company notched an impressive 28% year-over-year improvement in its top line in the current quarter.

Software revenue, the primary engine of Simulations Plus' expansion, grew 35% year over year, and contributed 58% of total revenue, against 52% in the last sequential quarter and 49% in the prior-year quarter. Software sales are increasing via organic growth as well as acquisitions. Following its acquisition of Paris-based Lixoft in April 2020, Simulations Plus received a boost in the current quarter from Lixoft's Monolix software suite (used in pharmacometrics modeling). According to CEO Shawn O'Connor on the company's earnings conference call, Monolix provided 19% of the company's software revenue this quarter.

Consulting services, which are mostly delivered through the company's Cognigen subsidiary, decreased 6% year over year due to the effect of the DILIsym comparison discussed above. However, bookings -- an important predictor of future revenue -- advanced by 35% sequentially against the fourth quarter.

Increasing profitability and a bright outlook

Investors curious about the big picture on Simulations Plus need look no further than the operating leverage it's enjoying as software revenue becomes a bigger component of its top line. Gross margin for the quarter soared 500 basis points year over year to 77%, and net income increased by 21% to $2.48 million. Net income likely could have been higher, but the company continues to pour resources into research and development: R&D increased by 25% against the first quarter of 2020 to $4.4 million.

I should note that on a per-share basis, however, earnings barely increased: Diluted EPS of $0.12 exceeded the prior-year quarter by only a penny. This is due to a higher average share count following the company's $115 million secondary stock offering in August 2020, in which it sold 2.1 million shares to the public.

Looking ahead, management confirmed on the earnings call that the company expects to achieve an organic revenue growth rate of 15% to 20% in fiscal 2021. This would outpace the 18% organic growth recorded in fiscal 2020. In addition, Monolix revenue could potentially add another 3 to 5 percentage points of revenue to this range. Software is expected to expand in the range of 20% to 25% against fiscal 2020, while services are anticipated to grow between 25% and 30% over the prior year.

The pharma technology software provider didn't issue any net income or earnings per share guidance. But O'Connor did observe that in addition to an evolving sales mix that favors higher-margin software sales, the company should realize more gross margin expansion. Simulations Plus rolled out software pricing increases at the end of calendar-year 2020; these should contribute to incrementally higher profitability in the coming quarters. While the "SLP" symbol endured a haircut Tuesday, the company's earnings prospects and long-term share growth potential remain very much intact.