Target (NYSE:TGT) reported its holiday sales numbers today, and the retailer continues to see strong traffic both online and in its stores. Overall sales growth of more than 17% came from 4.2% comparable-store sales growth and 102% digital sales growth.

The company said gains in market share that began during the pandemic have continued in all five of its core categories. The strongest sales were with home and hard goods. 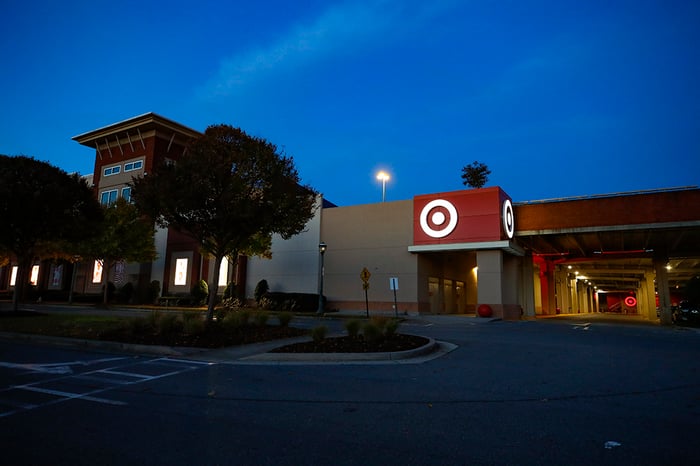 Target has been focusing on growing its digital channels, and those efforts appear to be paying off. Most of the digital growth came from its same-day fulfillment initiatives, the company said. That includes online order pickup, drive-up, and its Shipt delivery service. Combined, sales from those services nearly tripled. Drive-up grew 500%, and sales fulfilled by Shipt -- which the company acquired in December 2017 for $550 million -- grew more than 300%.

These results don't yet include any contribution from a new partnership with Ulta Beauty (NASDAQ:ULTA) Target announced in November. The addition of "Ulta Beauty at Target" shops inside stores is slated to begin this year, and could further drive in-store traffic.

Target chairman and CEO Brian Cornell said in a statement, "We've seen continued strong sales trends in the new year," and added that the company is focused on growing the gains in customer traffic and market share Target experienced in 2020.