The designer footwear specialist has been on a two-month run higher.

Shares of Designer Brands (DBI 1.08%) soared 14% higher in late-day trading Thursday on no news specific to the company -- but the stock has been on a roll in recent months and has more than doubled from where it traded at the end of October.

It's not just Designer Brands that rose today, a day when the broader market essentially went nowhere. Almost all apparel stocks were higher, though hardly anyone gained nearly as much as the designer footwear specialist did. 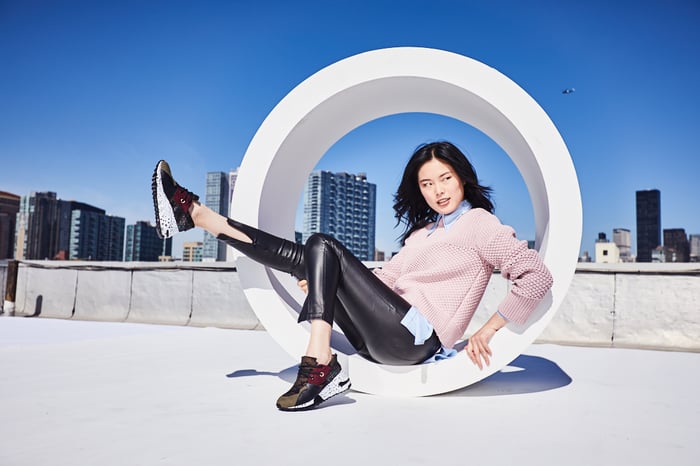 That may be because of the halo effect from the initial public offering of online second-hand apparel marketplace Poshmark (POSH -0.27%), which debuted on the market today and soared 150% from its offering price.

There's a sense that consumers are willing to spend again, and with President-elect Biden calling for a new $2 trillion spending package, there may be plenty of money to go around to lift all boats.

Second-hand clothes are a bit far afield from Designer Brands, but investors have been bullish about its prospects in the coming year, and Footwear News identified it as one of the top six footwear stocks to buy for 2021.

The stock is up 16% in the first two weeks of the year, and with shares still priced at a fraction of sales, Designer Brands may still have more room to run.