Please ensure Javascript is enabled for purposes of website accessibility
Log In Help Join The Motley Fool
Free Article Join Over 1 Million Premium Members And Get More In-Depth Stock Guidance and Research
By Will Ebiefung - Jan 15, 2021 at 7:00AM

One's a fintech stalwart, the other a space tourism hopeful.

Online investing is more popular than ever, and commission-free trading app Robinhood has helped make it easier for Main Street investors to get involved.

Let's explore the reasons why two of the most widely held stocks on the Robinhood stock-trading platform -- Virgin Galactic (SPCE -0.46%) and PayPal (PYPL -0.91%) -- could make slam-dunk investments because of their catalysts for explosive long-term growth.

1. The case for Virgin Galactic

Virgin Galactic's recent stock price rally stalled after it aborted its most recent planned test flight on Dec. 12. But that setback didn't change the long-term thesis for this exciting bet on space tourism. While the stock is a high-risk investment with the potential for high rewards, the company's strong balance sheet and robust testing framework should help keep it on track as it works toward starting commercial operations. 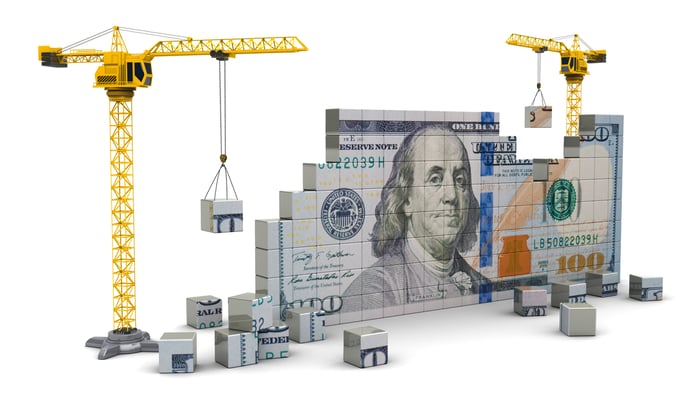 Virgin Galactic prematurely ended that latest attempt at a test flight after an onboard computer failed to connect, triggering the spaceplane's fail-safe mechanism to shut off the engine. On Jan. 7, the company announced that it had completed its post-flight inspection and begun working on correcting the problem. Management has not scheduled another test, but that update was a positive sign because it shows that Virgin Galactic's testing framework can identify problems that need to be solved before the platform is ready for commercial operation.

In order to receive FAA clearance to fly paying customers into space, a company has to pass tests of 29 elements -- and Virgin Galactic has cleared 27 of them. While there is no guarantee that it will clear the remaining hurdles, it is close to the finish line as far as testing is concerned.

Investors can also rest easier because of Virgin Galactic's strong balance sheet. Its third-quarter operating loss was $77 million, but with cash and equivalents of $742 million, it can survive some reasonable delays in its timeline if R&D and administrative costs remain stable.

2. The case for PayPal

It would be inaccurate to say PayPal is poised for a bull run because it has been in one since March. Shares of the online payments player rose by 110% over the last 12 months, driven upward by the surge in online shopping that has accompanied the coronavirus pandemic. The company aims to maintain its momentum by expanding into other fintech opportunities such as check cashing services and cryptocurrency.

In the third quarter, revenue jumped 25% year over year to $5.46 billion with 32% growth in daily active accounts to 361 million. Its peer-to-peer payments business, Venmo, is experiencing particularly strong growth. Management projects revenue on that platform to be around $900 million this year. PayPal can drive further growth by expanding Venmo functionality -- and it's doing so. In January, the company rolled out a paper check-cashing feature for select customers -- just in time to help people quickly cash their federal stimulus checks.

But PayPal isn't content with simply disrupting the traditional payments industry. It's also moving into cryptocurrency -- a market projected to grow at a compound annual rate of 56% for the period from 2019 to 2025, according to data from market research company Reportlinker.

In October, PayPal enabled users to buy and sell cryptocurrency on its platform. It plans to expand this functionality to allow users to make purchases with bitcoin and other cryptocurrencies early in 2021. PayPal could have a competitive edge against traditional cryptocurrency brokerages (such as privately held Coinbase) because of its huge user base of 361 million people and its well-known brand.

How much risk are you willing to take?

Virgin Galactic and PayPal are both compelling growth stocks, but there are important differences between them. While Virgin Galactic is a speculative mid-cap pioneer in the nascent space tourism industry, PayPal is a mega-cap giant competing in the well-established fintech industry.

Virgin Galactic may be the better pick for investors willing to tolerate more risk to get in on the ground floor of a potentially massive opportunity. PayPal would be better for investors who would prefer to bet on a more mature business with a long track record of success.