The firm analyzes what Shipt's value might be as a stand-alone IPO.

Venturing into hypothetical territory -- but with the idea of understanding some of the factors behind discount retailer Target, Inc.'s (TGT 4.33%) valuation -- investment bank and wealth management firm UBS provided some insight today into the worth of Target's Shipt delivery service. According to UBS's analysis, which uses the recent IPO of DoorDash, Inc. (DASH 7.61%) as a benchmark, Shipt might be worth $14 billion as a stand-alone IPO.

The share price of Target nosed downward this week following its latest holiday sales report despite the retailer posting a 17.2% year-over-year comparable sales jump in November and December. Causes of the decline could be slowing sales growth compared to the third quarter (Q3) and the possibility of this growth tailing off moving deeper into 2021. 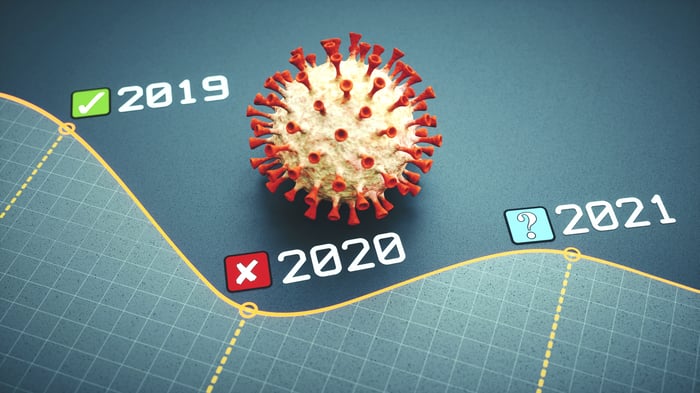 UBS says Shipt gives Target more value as a wholly owned service, as is currently the case, but provides a mathematical snapshot of Shipt's value as a theoretical DoorDash-like delivery IPO.

UBS analyst Michael Lasser notes a 300% growth spurt for Shipt during the holiday shopping season. He lays out the mathematical basis of the $14 billion valuation, using "a scenario where Shipt collects fees that are equivalent to 20% of its GMV" and half of fees theoretically coming from external customers. A 26 times multiple of "~$500-600 mm in annual fee revenue" results in the published valuation of Shipt as an independent entity.

Shipt could potentially be more profitable than DoorDash, which is still struggling with profitability despite valuing itself at $50 billion when it launched its own IPO. Regardless of whether Target ever considered spinning off Shipt as an IPO, however, the data appear to provide some support for a robust valuation of Target's stock, considering the worth of its shipping segment.