After hitting a major regulatory roadblock, DBV Technologies sees a path to approval for its leading candidate.

Shares of DBV Technologies (DBVT 0.00%), a clinical-stage biotech company based in France, are soaring on Friday and are up by 41.2% as of 11:34 a.m. EST after rising by as much as 49.7% earlier in the day. The catalyst for these gains is a regulatory update the company provided regarding its potential treatment for peanut allergy, Viaskin Peanut.

Viaskin Peanut is a patch that can desensitize patients' immune systems by exposing them to peanut protein. But due to concerns over the effect of patch adhesion on its efficacy, the U.S. Food and Drug Administration (FDA) did not approve Viaskin Peanut. In October, DBV Technologies requested a Type A meeting with the regulatory authority to discuss a path forward. Type A meetings are used to resolve issues that have stalled the development of a drug. 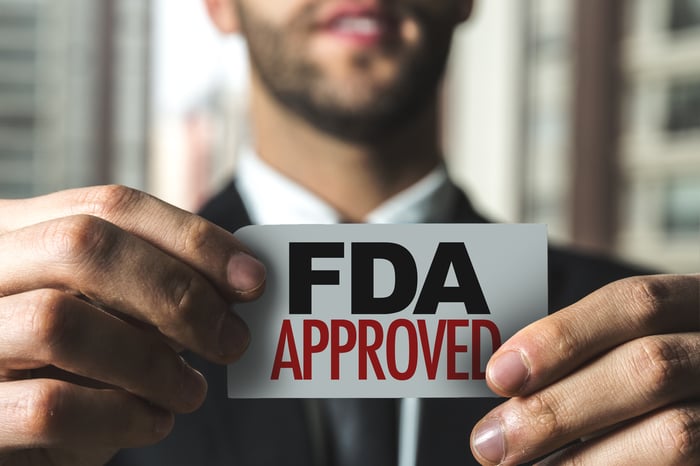 On Thursday evening, DBV Technologies said that the feedback it received from the FDA at this meeting "provides a well-defined regulatory path forward" for Viaskin Peanut. Specifically, the company opted to create a modified Viaskin Peanut patch, which will not be considered a new product entity. The FDA recommended that DBV Technologies conduct a safety and adhesion trial to assess the modified Viaskin Peanut patch. The company said it would submit the protocol of this study to the FDA for review in the second quarter before starting the trial.

There is still a long road ahead for DBV Technologies and Viaskin Peanut in the U.S., but the agreement it reached with the FDA is a much better option than having to scrap the program altogether. Also, in November, the biotech company announced it had submitted Viaskin Peanut for approval in Europe. If all goes well for the company, its peanut allergy treatment could hit the market both in the U.S. and in Europe within the next couple of years or so.