The risks are quickly outweighing the potential rewards in the Middle Kingdom.

At the beginning of the year, Chinese tech stocks accounted for about a fifth of my portfolio. However, I recently sold three of those stocks and reduced my total exposure to Chinese equities to less than 10%.

I once considered China Mobile, the largest telecom company in China, to be a rock-solid dividend stock with a low valuation. However, escalating tensions between the U.S. and China under the Trump administration made China Mobile and its two peers, China Telecom and China Unicom, toxic investments. 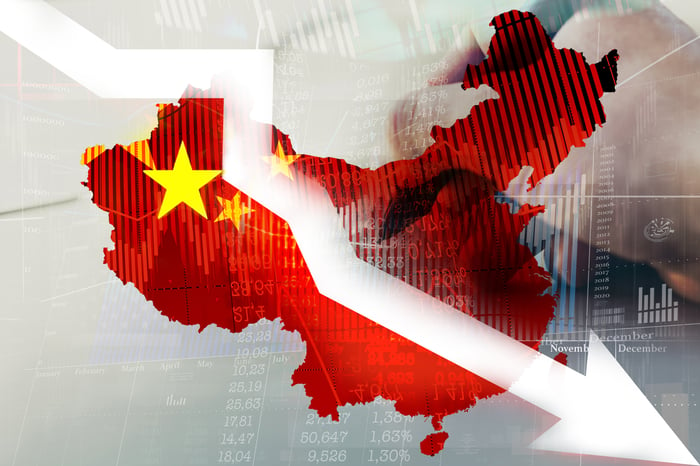 In November, President Donald Trump issued an executive order that barred U.S. investors from buying shares of Chinese companies with alleged ties to the Chinese military. China Mobile, China Telecom, and China Unicom were included on that list. The NYSE was forced to delist all three telcos in early January. I sold all my shares in China Mobile on Jan. 7, the final trading day before the stock was delisted.

My broker said if I didn't sell the stock, the position would be locked up for an indefinite amount of time. As a U.S. citizen, a conversion of the ADRs to the Hong Kong shares (as recommended by China Mobile) also wasn't an option, and the company didn't plan to continue trading via over-the-counter exchanges. Therefore, liquidating my position was the best option.

Moreover, a new U.S. law requires foreign companies to comply with audits to prove they aren't backed by a foreign government. That law, which would delist companies that didn't comply for three straight years, would likely have booted state-backed Chinese companies like China Mobile from U.S. exchanges anyway.

SINA, the Chinese tech company that owns a network of portal sites and the social networking platform Weibo (WB 0.98%), declared it would go private earlier this year. New Wave Holdings, which is controlled by SINA's own CEO Charles Chao, plans to buy the company for $2.59 billion. 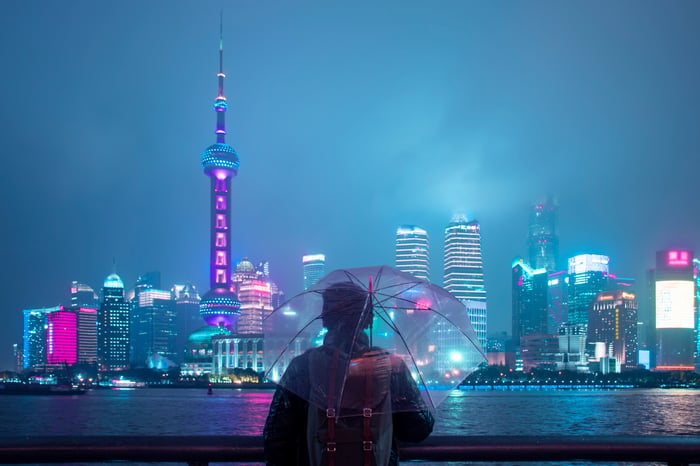 This takeover bid angered a lot of investors, including myself, since it clearly undervalued SINA. SINA ended last quarter with $2.63 billion in cash, cash equivalents, and short-term investments -- which surpasses the total value of the deal itself. It also values SINA at just over one times next year's revenue and doesn't assign a clear value to its 45% stake in Weibo, which has an enterprise value of $8.5 billion.

Unfortunately, New Wave's 12% equity stake and 58% voting stake in SINA prior to the offer make the deal difficult to block. SINA recently noted that 35.9% of its shareholders voted against the merger, but objecting shareholders who held over 10% of SINA's shares still needed to file letters of dissent to formally challenge the deal.

It's still unclear if the deal will ever close, but it's arguably a lose-lose situation for SINA's investors. New Wave's offer is low, but SINA's stock could decline further if the deal collapses, since the company's growth looks dismal compared to that of higher-growth Chinese tech names like Bilbili and Tencent. Instead of waiting for either of those outcomes, I decided to cut my losses and pivot toward higher-growth stocks instead.

Tencent is one of China's biggest tech companies. It's the world's largest video game publisher, one of China's largest advertising and cloud companies, and it owns WeChat -- the country's most popular messaging platform with over 1.2 billion monthly active users.

Its fundamentals look solid. Analysts expect its revenue and earnings to rise 37% and 47%, respectively, this year, and the stock trades at less than 40 times forward earnings. But despite all those strengths, I recently took profits in Tencent, for three reasons.

First, Tencent will inevitably be the Chinese government's next antitrust target after it reins in Alibaba and its fintech affiliate Ant Group. Tencent was already fined over an unapproved acquisition in December, and the dominance of its gaming, WeChat, and WeChat Pay platforms will likely attract regulatory scrutiny. Second, the U.S. didn't add Tencent to the same blacklist as the Chinese telcos, but it could still be sanctioned in the future over its ties to China's government.

Lastly, I have ethical reservations about Tencent's business. The mainland version of WeChat censors conversations in real time, helps the government track individuals who are discussing "sensitive" topics, and it punishes offenders by locking them out of their digital lives -- since WeChat is also widely used for payments, healthcare, and other essential services. Its gaming business also releases propaganda-filled games like Peacekeeper Elite, which is basically a reskinned version of PUBG Mobile with "patriotic" themes.

Those issues might seem minor for some investors, but I'd rather invest in companies with fewer regulatory and ethical issues.

I'm not selling all of my Chinese tech stocks yet, but I'm keeping a close eye on the recent developments. Investors who own a lot of Chinese stocks should consider pruning their positions and diversifying into other markets that aren't exposed to the ongoing tensions in the U.S. and China.