Please ensure Javascript is enabled for purposes of website accessibility
Log In Help Join The Motley Fool
Free Article Join Over 1 Million Premium Members And Get More In-Depth Stock Guidance and Research
By Kailey Hagen - Jan 17, 2021 at 6:19AM

A survey reveals the issues to keep on your radar as the new administration gets to work.

It's safe to say President-elect Joe Biden will have a lot on his plate when he takes office next week. While the pandemic and recession will undoubtedly consume a lot of his focus, Americans have plenty of retirement concerns they'd like to see addressed as well. A recent Transamerica survey listed the following as the three most pressing retirement security priorities among the participants, listed here in order of importance.

The pandemic and the recession it brought on have only exacerbated an already serious funding crisis for Social Security. Some estimates now suggest the program's trust funds could be depleted as soon as 2029, though this doesn't mean it would disappear entirely. But if the government doesn't intervene, recipients could face benefit cuts, which could threaten the financial security of millions who count on the program to help them cover essential living costs. 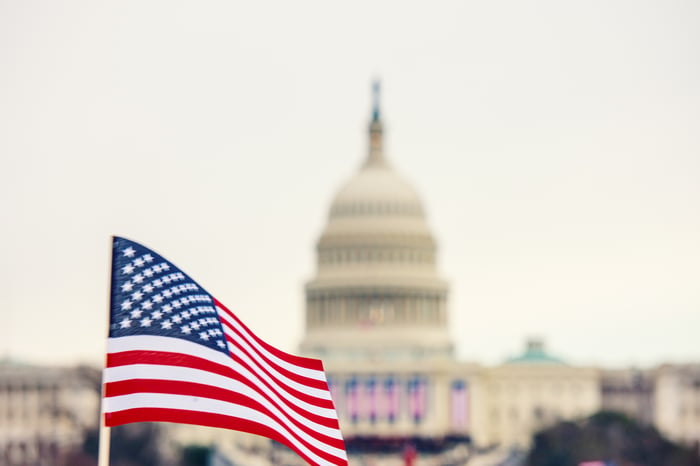 Biden plans to address this by increasing the Social Security payroll tax rate (currently 12.4%, split equally between employee and employer) for workers earning over $400,000. This would help Social Security in the short term, but it may not go as far as some of Biden's supporters (and seniors in general) may hope for. The Urban-Brookings Tax Policy Center projects Biden's plan would only extend Social Security's solvency for another five years.

While five years is definitely a start, it may take more-drastic changes, like raising the Social Security payroll tax for all workers, as some other government leaders have proposed, to keep the program solvent for decades to come.

Healthcare is a concern for all Americans, but it is especially important to retirees living on fixed incomes, who often see their medical costs rise as they age. Approximately 47% of those Transamerica surveyed said they wanted the new administration to focus on reducing healthcare and prescription drug costs to help Americans enjoy a more financially secure retirement.

Biden has proposed several strategies for tackling this issue, including limiting launch prices for new drugs and annual price increases for prescription drugs so they don't exceed the general inflation rate. But most significant for seniors is Biden's proposal to repeal the exception that currently allows pharmaceutical companies to avoid negotiating with Medicare. If he succeeds in doing this, that could save Medicare $456 billion over 10 years while also making prescription drugs more affordable to seniors.

The president-elect has also suggested creating a new public health-insurance option, similar to Medicare, for those who aren't happy with their private insurance, as well as increasing available tax credits to help reduce health insurance premiums for working Americans. Though these may not directly affect seniors, many of whom rely upon Medicare, it could enable working Americans to divert some of the money they're currently spending on healthcare to retirement savings.

Though they get less attention, Medicare's trust funds are in worse shape than Social Security's. The Hospital Insurance Trust Fund, which funds Medicare Part A, is projected to be depleted by 2024, according to the Congressional Budget Office, unless the government intervenes in some way.

Biden has expressed a desire to protect the current Medicare system, but he hasn't yet explained how he would address this major shortfall. He's also proposed lowering Medicare's eligibility age from 65 to 60, which could put additional strain on the rapidly depleting trust fund. However, if Biden succeeds in creating the new public health-insurance option he's discussed, some people may opt for this instead of joining Medicare right away.

While President-elect Biden has offered several proposed solutions to some of workers' and retirees' biggest concerns, whether Congress supports them remains to be seen. If you feel strongly about any particular issue, consider reaching out to your congressional representatives and asking them to make it a priority.

But you should also take steps to safeguard your own financial security, regardless of what ends up happening with Social Security, Medicare, and prescription drug costs. Save as much as you can for retirement right now to supplement your Social Security benefits in retirement. Maintain a healthy, active lifestyle to minimize your medical costs as you age. And pay attention to any changes the government does make to Medicare or Social Security since these could affect your retirement plans.