Please ensure Javascript is enabled for purposes of website accessibility
Log In Help Join The Motley Fool
Free Article Join Over 1 Million Premium Members And Get More In-Depth Stock Guidance and Research
By John Rosevear - Jan 19, 2021 at 10:32AM

Hint: It's the world's fourth-largest automaker.

As of 11 a.m. EST, Stellantis's U.S.-traded shares were up about 11.4% compared to Fiat Chrysler's final closing price on Friday.

It's a done deal: Fiat Chrysler and PSA have merged to create the world's fourth-largest automaker. Now, CEO Carlos Tavares and his blended executive team have to make the combination work.

There's a lot of work ahead. The company owns a whopping 14 automotive brands, several of which have overlap with each other; most analysts expect at least a few brands to be cut as the automaker's sprawling product portfolio is consolidated. But the bigger picture -- fusing FCA's profitable SUV and truck brands with PSA's expertise in smaller vehicles and electrification -- is promising. 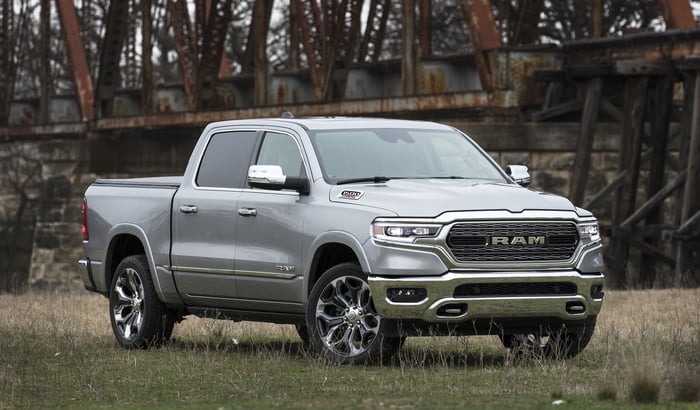 At least right now, auto investors seem to think that the company's chances of realizing the promised synergies are good, and that's why the stock is up Tuesday.

The plan in the United States seems clear: Under former Fiat Chrysler CEO Mike Manley, the company will seek to maximize the sales and profitability of its Jeep SUV and Ram truck brands. But the picture in Europe, where Fiat and Alfa Romeo and Citroen and Peugeot and Opel all compete for overlapping groups of customers, is much less clear.

I expect it will take at least a few quarters for Tavares and company to show gains from the combination. I also expect that we'll learn a lot more about the road ahead when Stellantis delivers its first post-merger earnings report, likely next month.