Please ensure Javascript is enabled for purposes of website accessibility
Log In Help Join The Motley Fool
Free Article Join Over 1 Million Premium Members And Get More In-Depth Stock Guidance and Research
By Rick Munarriz - Jan 20, 2021 at 11:30AM

These hot stocks have already more than doubled -- and in one case more than tripled -- this month.

Each big winner has a different story to tell. Let's take a closer look at why GameStop, Tilray, and 3D Systems have more than doubled in 2021. 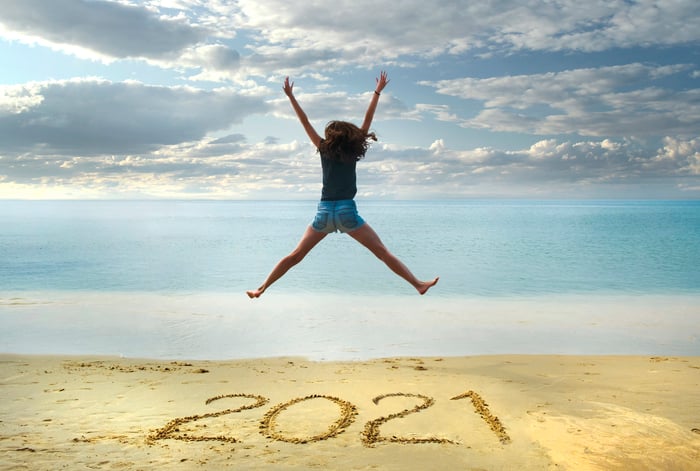 The small-box video game retailer is squeezing shorts and doing its best to avoid the dreaded "Game Over" screen. GameStop took off after posting better-than-expected sales over the holidays. It also gave activist investors some seats on its board, a sign that it's not afraid of exploring new ways to enhance shareholder value.

Comps climbing 4.8% during the two-month holiday period may not seem like the the kind of news that would double a stock's market cap in just two days, but the rollout of next-gen consoles followed a long run of double-digit declines. It also helps that the earlier this month the short interest on the stock was more than GameStop's entire float. Sometimes one just has to light a match in that scenario to send the shorts scrambling for cover.

It's easy to be skeptical here. Comps spiked on the strength of demand for the new PS5, a one-time pop for big-ticket and low-margin hardware. These gamers will need to feast on physical games -- not digital delivery -- to keep the good times going, and that's going to be the real trick for GameStop.

Marijuana stocks are bouncing back this month after a brutal 2020, and it's hard to find a hotter stock than Tilray. The Canadian pioneer in the cultivation, processing, and distribution of cannabis is benefiting from Georgia's runoff election this month that gave Democrats effective control of the Senate. The power shift is expected to lead to the decriminalization of marijuana, just as many states are moving in the direction of legalization.

Last month Tilray announced that it planned to join forces with Aphria (APHA). Aphria is the larger of the two pot plays, but the combined company will retain the better-known Tilray name. The merger was unveiled in mid-December, so naturally the combination itself isn't a driver right now. However, Aphria did post better-than-expected financial results last week. The deal is expected to close in the second quarter.

There was a time a few years ago when 3D printing was going to revolutionize the market, and 3D Systems was leading the way. Reality failed to live up to the hype. Revenue has failed to post double-digit growth on an annual basis since 2014, with a streak of seven straight quarters of year-over-year declines through the end of last year's third quarter.

All of the doom and gloom heading into 2021 was the perfect storm for a head-turning performance over the holidays. 3D Systems revealed two weeks ago that fourth-quarter sales clocked in between $170 million and $176 million, a 3% to 7% increase that would snap the run of consecutive declines. Analysts were holding out for just $139.9 million, another sharp decline. Holding on to that momentum will be critical at this point, but the stunning reversal is why 3D Systems has almost tripled in 2021.

Why 3D Systems Corporation Stock Popped as Much as 13% Today