Please ensure Javascript is enabled for purposes of website accessibility
Log In Help Join The Motley Fool
Free Article Join Over 1 Million Premium Members And Get More In-Depth Stock Guidance and Research
By Eric Volkman - Updated Jan 20, 2021 at 9:53AM

The rigs will hold the company's massive Starship rocket vehicles.

As with nearly every other project Elon Musk is involved with, his SpaceX is going a novel route with its rocket launches. Various media outlets reported on Tuesday that the space exploration company plans to launch rockets from a pair of oil rigs recently purchased from Valaris, the once-mighty offshore drilling contractor that declared Chapter 11 bankruptcy last August.

The pair, now named Deimos and Phobos (apparently after the two moons of Mars), will be used as launchpads and for other purposes for the exploration company's planned Starship, a two-stage vehicle currently undergoing tests.

Last June, several weeks before the rigs were purchased for $3.5 million each by a SpaceX affiliate, Musk tweeted that "SpaceX is building floating, superheavy-class spaceports for Mars, moon & hypersonic travel around Earth." 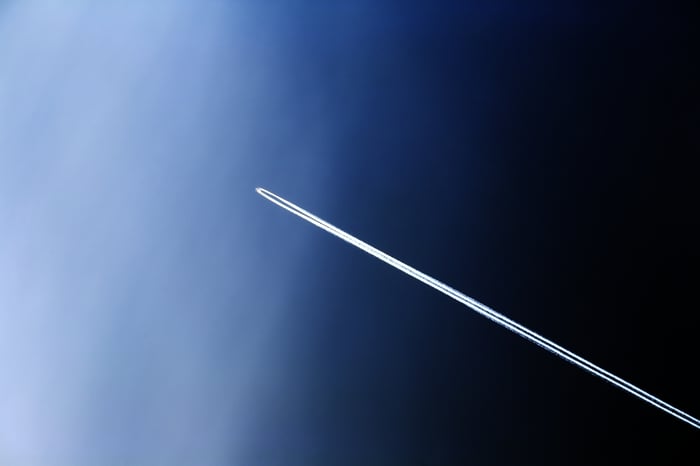 Musk frequently provides little detail in his tweets, so it is unclear what kinds of facilities the rigs might be outfitted with, outside of the launchpads.

Starship is to be a massive rocket that will transport cargo and passengers into space if the company's ambitions are realized.

Both rigs are in the port of Brownsville in Texas, near the Starship development facility in Boca Chica, Texas.

The latest unmanned prototype Starship launched in December, with the usual interest that accompanies nearly anything involving Musk. It was a good news/bad news launch: While the prototype reached a new height for Starships at around 40,000 feet and appeared to meet several of its objectives, it exploded on impact when it attempted a landing.

The private-company space race keeps getting more interesting. On Sunday, Virgin Orbit -- a sister company to the SpaceX-like Virgin Galactic Holdings (SPCE -5.20%) -- vaulted its LauncherOne rocket into orbit. The craft placed 10 satellites during its flight.