Please ensure Javascript is enabled for purposes of website accessibility
Log In Help Join The Motley Fool
Free Article Join Over 1 Million Premium Members And Get More In-Depth Stock Guidance and Research
By Evan Niu, CFA - Jan 20, 2021 at 10:59AM

Shares of SPI Energy (SPI -1.55%) have soared today, up by 18% as of 11:05 a.m. EST, after the company hired early Tesla employee Edmund Shen to be an executive to oversee product management and the supply chain for its Phoenix Motorcars subsidiary. Shen spent seven years at Tesla starting in 2009.

SPI notes that Shen worked on many product development projects at Tesla, contributing to vehicle programs as well as energy storage offerings and the powertrain supply partnerships that Tesla had at the time with traditional automakers like Daimler and Toyota. 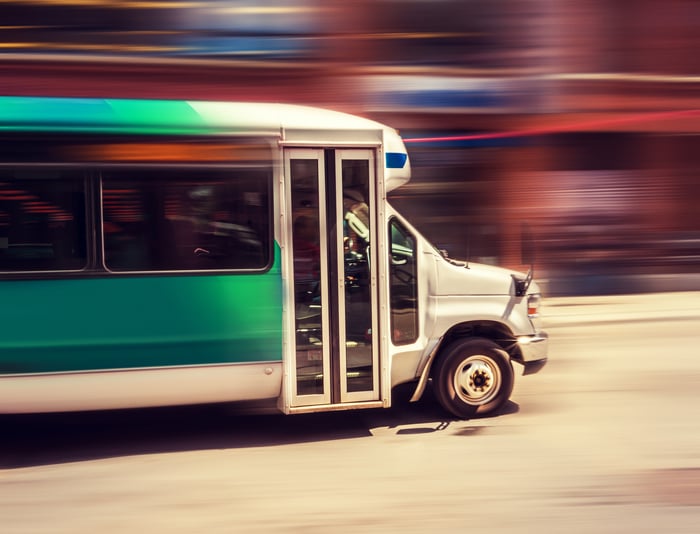 "Edmund has a proven track record specializing in leading new product development and new technology start-ups with experience taking products from concept to market launch, with limited resources and in fast-paced environments," Phoenix Motorcars COO Tarek Helou said in a statement. "He intuitively sees the threads of opportunity that wind through a market, brings them together into a coherent whole, and drives technology, productization, and business advantages."

While SPI is based in Hong Kong, the Phoenix Motorcars subsidiary operates out of California and is working on developing commercial electric vehicles (EVs) such as shuttle buses, school buses, and flatbed trucks. EV stocks have surged over the past year as investors remain optimistic about rising EV adoption across many markets, particularly commercial vehicles.

Additionally, the market is expecting supportive renewable energy policies from the Biden administration, especially since Democrats also control both chambers of Congress.