Please ensure Javascript is enabled for purposes of website accessibility
Log In Help Join The Motley Fool
Free Article Join Over 1 Million Premium Members And Get More In-Depth Stock Guidance and Research
By Keith Speights - Jan 23, 2021 at 6:10AM

Here are my three reasons for scooping up more shares of the pet medical insurance stock.

I buy new stocks relatively frequently. Companies often catch my eye. Once I research them, many of them become ones I want to add to my portfolio.

I also like to scoop up more shares of stocks that I already own. A couple of weeks ago, I added to my position in a really promising stock. You've no doubt heard of the FAANG stocks, but this one is more of a "fang" stock. Here's why I just bought more shares of pet medical insurance company Trupanion (TRUP 2.69%). 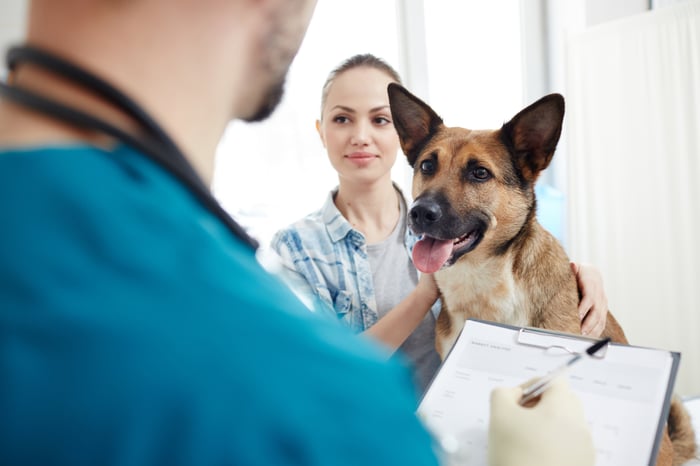 1. The pet insurance market is huge and growing

That market continues to grow. Around 12 million puppies and kittens are born each year. Thanks to the COVID-19 pandemic, more people are working from home and want pets. As a result, pet ownership has soared.

My Motley Fool colleague Sean Williams thinks that Trupanion could realistically be a 10-bagger this decade. With a market cap of around $4 billion and an enormous market to go after, I think that Trupanion has a decent chance of proving Sean right.

Of course, the pet insurance market could grow significantly, yet still leave Trupanion behind. I don't expect that to happen. Why? For one thing, Trupanion ranks as the leader in the market and is growing faster than its rivals.

I also view Trupanion's relationship with Aflac (AFL -0.92%) as a key competitive advantage.  Aflac is the leading provider of supplemental insurance in the U.S. While Trupanion isn't a household name yet, Aflac certainly is. You can't watch TV for very long without seeing the famous Aflac duck on one of the company's commercials. It's not surprising that nine out of 10 consumers are familiar with the Aflac brand.

As part of the partnership, Aflac will offer Trupanion's pet insurance with its supplemental insurance plans sold at worksites in the U.S. The two companies could expand this approach into the Japanese market in the future. Aflac also invested $200 million in Trupanion, a clear sign of its confidence in its new partner. I fully expect the Aflac connection will boost Trupanion's sales significantly over the next few years.

3. The purchase was part of my incremental buying strategy

I was fully aware of the first two points when I first bought Trupanion stock last year, but I didn't purchase as big of a position as I ultimately wanted at that time.

It's not that I was too nervous about Trupanion. My investing strategy is to buy in increments. Let's say I want to buy a $10,000 stake in a given stock. I typically start out with a first purchase of around $3,000 or $4,000. I then wait a while, sometimes a few weeks and sometimes a few months, before adding to my position. Usually, I make three separate purchases to get to my full target level.

I'm not against buying a full position right off the bat. Sometimes, that is what I do. However, the incremental approach allows me to ease into a stock and test the waters a little to make sure my investing premise is right before fully committing. I thought the waters were just right to add to my position in Trupanion.