Market makers were largely reacting to the fortunes of a different media company named AMC.

Early this morning, the cable TV content creator and distributor announced that it is raising $500 million of senior debt papers due for repayment in 2029. The proceeds of this offering will be used to pay down $500 million of existing debt with shorter expiration dates. Nothing too crazy, just a basic refinancing of corporate debt. AMC Networks' balance sheet is in reasonably good repair, balancing $1.1 billion of cash equivalents against $2.8 billion in long-term debt. The company regularly reports positive free cash flows.

However, the similarly named but unrelated company AMC Entertainment Holdings (AMC 10.16%) also reported that it has raised $917 million of fresh debt since December 14. This is a very big deal for the movie theater operator, which is struggling to keep its head above water due to limited movie-going interest and a weak slate of new films during the COVID-19 pandemic.

The two media companies are easily confused, and this wouldn't be the first time one stock made a big move based on what an unrelated business with a similar name and ticker was doing that day. Even their ticker symbols are nearly identical. 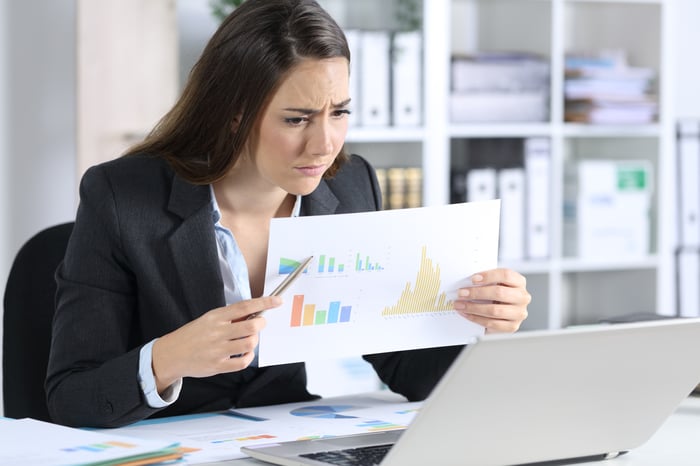 It's this business, not that one. Image source: Getty Images.

AMC Networks investors should write off today's big move as a misunderstanding. The company's own refinancing news should not have moved the stock more than 10% on its own, since this business is doing alright and generating positive cash flows. If anything, AMC Networks still looks like a solid buy even after this sudden spike, trading at just 2.7 times free cash flows and 6.5 times forward earnings amid a strategy shift toward video-streaming services.

I wouldn't be surprised to see AMC Networks taking a haircut over the next few days as today's overly enthusiastic buyers realize their mistake and sell their shares. That's also not a cause for concern, just a normal correction of Monday's error. And then you'll be able to pick up AMC Networks shares at even cheaper starting prices.