Shares of Centennial bucked the uptrend in oil and natural gas prices today. Here's why.

Shares of U.S. exploration and production company Centennial Resource Development (CDEV 0.92%) fell just over 6% at its worst on Jan. 25. But at around 1 p.m. EST the stock started to claw back some of those losses and ended the day with a roughly 3% decline.

Interestingly, the big story in the energy patch today was both oil and natural gas prices were on the rise. Normally on a day like this, Centennial Resource Development's stock price would be on the rise as well. But that obviously didn't happen, and investors can thank a Wall Street analyst call for that. 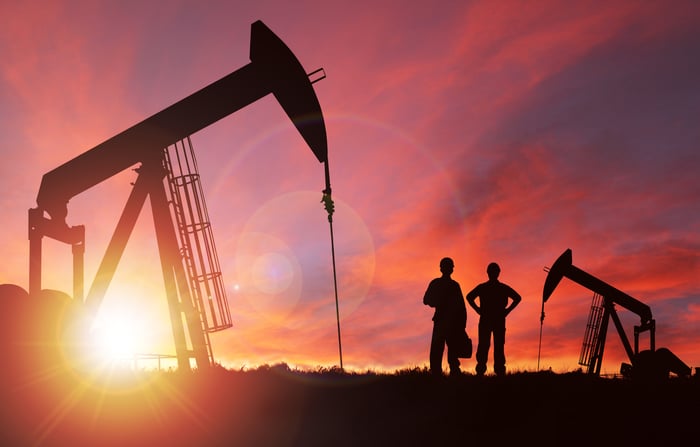 Stifel's Derrick Whitfield took Centennial from a buy to a hold. The stock was assigned a price target of $1.80 per share. It is currently trading hands in the $2.40 per share range. Not surprisingly, the reason for the rating downgrade was valuation, with the stock up more than 250% over the past three months. Investors often sell stocks when they are downgraded and Centennial seems to have followed that trend, even though the prices of the commodities it produces were up today.

All in, today's action isn't all that shocking. In fact, historically speaking, the oil and natural gas sector is a volatile one. Add in Centennial Resource Development's small size and heavily leveraged balance sheet and its shares have been extra volatile for some time now. This is not a great stock for risk averse investors. In fact, even more aggressive ones that have ridden the recent advance might want to take a second look at the position, which, at least according to one Wall Street analyst, is pricing in too much good news.