Please ensure Javascript is enabled for purposes of website accessibility
Log In Help Join The Motley Fool
Free Article Join Over 1 Million Premium Members And Get More In-Depth Stock Guidance and Research
By Howard Smith - Jan 25, 2021 at 11:54AM

Shares of TS Innovation Acquisitions (TSIA) soared more than 90% early Monday morning. It gave back some of those gains, but shares of the special purpose acquisition company (SPAC) remained up 54% as of 11:40 a.m. EST.

The real estate-focused SPAC backed by real estate investor Tishman Speyer Properties announced it will be bringing Latch public through a merger that should close in the second quarter of 2021. Latch makes contactless building lock systems and provides the associated software-as-a-service (SAAS) offerings. 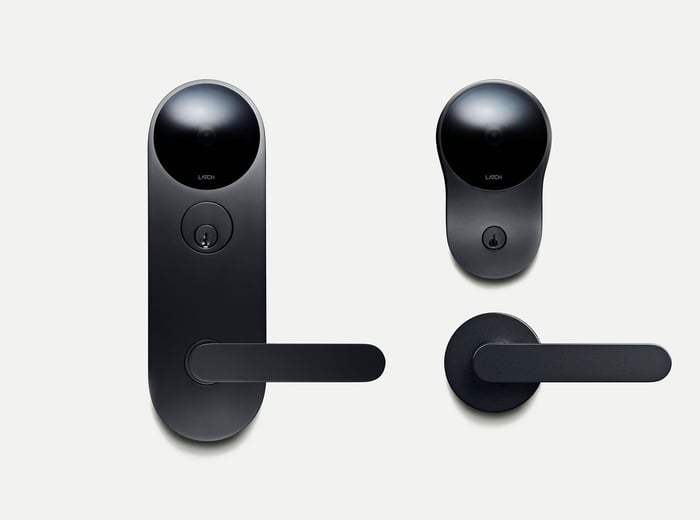 The business combination will bring Latch more than $500 million in cash to help expand the company, which will be valued at approximately $1.56 billion. Rob Speyer, real estate developer and Tishman Speyer president and CEO, will join the board of directors of the newly combined company.

Latch seeks to provide a "full building operating system, devices, and partners that enhances the building experience for both owners and residents," says Latch co-founder and CEO Luke Schoenfelder. In 2019, more than 10% of new apartments in the U.S. were built with LatchOS, the company said.

The service provides smart access hardware, along with connectivity and management systems. Latch said it booked revenue of $167 million in 2020, which was a 49% increase over 2019. Booked revenue represents signed contracts set to be delivered within 24 months. Net revenue in 2020 is estimated to be $18 million.

Latch expects net revenue to increase to $49 million next year, and to $600 million in 2024. After today's share jump, investors should realize that the SPAC is trading at more than four times 2024 net sales if the newly public company realizes those estimated revenue gains.

My Top Tech IPO to Buy in May