Wall Street was in a wait-and-see mood.

Investors seemed content to coast on their past success on Tuesday, with most major market benchmarks not straying too far from where they began the day. The Nasdaq Composite (^IXIC -0.73%) continued to move higher, but the pace of those gains was slow. As of 2:30 p.m. EST, the Nasdaq rose about a sixth of a percentage point.

Two Nasdaq stocks in particular managed to produce amazing gains on Tuesday afternoon. Beyond Meat (BYND -6.88%) drove its gains thanks to the potential from a brand new partnership opportunity. Meanwhile, Nikola (NKLA -7.04%) climbed on hopes that it will benefit from a new policy from the federal government.

Shares of Beyond Meat climbed as much as 40% on Tuesday before settling back to a roughly 20% gain in afternoon trading. The company announced a new alliance with PepsiCo (PEP 0.97%), and investors are excited about what the new brand exposure could mean for the plant-based meat provider. 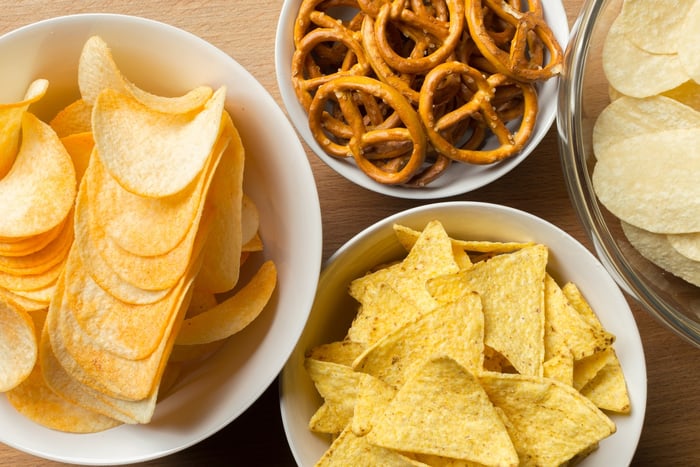 The two companies will create a joint venture to make what it calls "innovative snack and beverage products made from plant-based protein." The idea is for Pepsi to contribute its massive distribution and marketing capacity, while Beyond Meat will offer its plant-based protein specialty knowledge.

For Pepsi's part, the move fits into its overall sustainability plan. Recently, the company has made efforts in a number of key areas, including support of regenerative agriculture and water- and carbon-sensitive growing practices. Healthier offerings have also been a focus area, and Pepsi hopes that plant-based foods will take the company further in that direction.

Neither Beyond Meat nor PepsiCo gave a huge amount of detail about how the partnership would operate or what exact products might result from the collaboration. Yet with Pepsi having such a wide lineup that includes the entire Frito-Lay line of chips, the Quaker brand of oat-based snacks, and its namesake beverages, there are ample opportunities for Beyond Meat to demonstrate its expertise.

Elsewhere, Nikola was also up 20%. The electric truck specialist has had a rough ride lately, but shareholders are optimistic about how a new policy might help the company.

The Biden administration indicated that it would seek to phase out the federal government's use of vehicles with internal combustion engines, instead replacing them with electric-driven vehicles. That's a potentially massive replacement cycle, as it includes hundreds of thousands of cars and trucks used by civilian government officials, military personnel, and postal workers.

Nikola wasn't the only company getting the benefit of these gains. Other EV stocks also climbed, and with good reason, as the massive effort leaves plenty of room for multiple winners in the industry.

The problem, of course, is that Nikola doesn't have any vehicles immediately available to deliver to the federal government. Investors are hoping that the prospect of rising demand will help invigorate the company's efforts to move forward with its production plans. Nevertheless, at this point, it's largely speculation whether Nikola will play a major role in the electrification of the global vehicle fleet.

These 2 Nasdaq Winners Are Getting Some Wall Street Love Monday