Please ensure Javascript is enabled for purposes of website accessibility
Log In Help Join The Motley Fool
Free Article Join Over 1 Million Premium Members And Get More In-Depth Stock Guidance and Research
By Royston Yang - Jan 27, 2021 at 7:35AM

Here are three companies that you can own for life.

It's not wrong to have strict criteria in place when selecting companies to invest in for the long term. After all, if you intend to park your money for years and still enjoy a good night's sleep, these companies should have certain key attributes that make them attractive for long-term investment. Not many businesses make the cut, but for those that do, it's worth taking a second look at them.

Some aspects that I look for are companies that possess a strong competitive moat and are market leaders within their respective industries. Ideally, they should have a long track record of growing their revenue, net profit, and cash flows while also possessing a good runway for future growth. Finally, they should show themselves to be resilient to crises such as the current COVID-19 pandemic.

After filtering out a whole bunch of companies, here are three stocks you can confidently buy and hold forever. 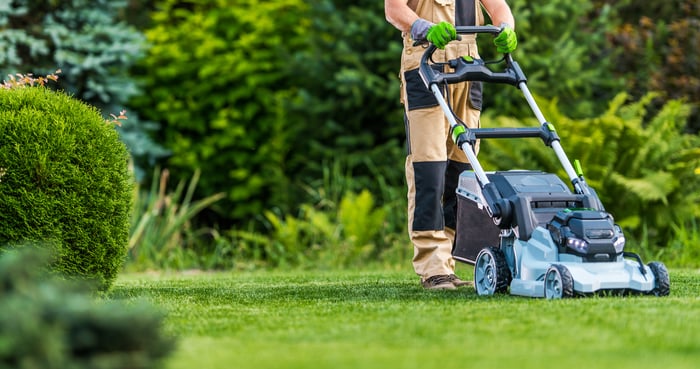 PayPal (PYPL 1.87%) is a major player in the online payments and money transfer industry. The pandemic has accelerated the shift to online communications and working and studying from home, and also pushed more people to use e-commerce and online payments as lockdowns continue. The company is a major beneficiary of this shift as it experienced the strongest growth in total payment volume and revenue in its history for the third quarter.

The company is not standing still but continues to advance on strategic initiatives to grow its reach. It expanded its "buy now, pay later" service in the U.S. and U.K., thereby helping merchants to capture more transactions without additional risk while enabling customers to make purchases with interest-free installments. PayPal also introduced its Venmo Credit Card in partnership with Visa (V 0.60%) and announced a new check-cashing feature for customers of its digital wallet, making the service more convenient and fuss-free for them.

One of the largest sports footwear and apparel companies in the world, Nike (NKE 0.85%), has shown itself to be remarkably resilient during this pandemic. The company is renowned for its innovative footwear such as the Vaporfly and Alphafly Next% that enhance athletes' performance during a competition. For its fiscal 2021 first-half earnings, the company reported a surprising 4% year-over-year rise in revenue to $21.8 billion, while net income increased by 12% year over year to $2.8 billion. Of note was Nike's digital sales momentum, where digital sales jumped 84% year over year with triple-digit year-over-year increases recorded in North America. Nike's digital strategy is bearing fruit and promises a long runway of continued growth for the business.

The company is not slowing down its product launches even with the pandemic raging. John Donahoe, CEO of Nike, talked about the new launches of LeBron XVIII and Kyrie 7 during the quarter that met with an enthusiastic response. And Nike's latest release, the Mercurial Vapor 14 boot, promises to allow athletes to make sharp turns without losing their balance.

Nike recently hiked its quarterly dividend by 12% year over year to $0.275 per share, making this the company's 19th consecutive year of dividend increases. This move brings it ever closer to becoming a Dividend Aristocrat.

Tractor Supply Company (TSCO 3.66%), the largest rural lifestyle retailer in the U.S. with a total of 1,904 stores in 49 states, has continued to post strong growth despite the downturn. Net sales for the third quarter of 2020 climbed 31.4% year over year while comparable store sales jumped 26.8% year over year. Net income surged by 56% year over year as the pandemic caused more customers to focus on the care of their homes, land, and animals, driving demand up for the company's products.

Even before the crisis, Tractor Supply Company was already growing steadily. From 2015 to 2019, sales rose every single year without fail, going from $6.2 billion to $8.4 billion, while net income climbed from $410.4 million to $562.3 million. Dividends declared also climbed in tandem with net income, increasing from $0.76 in 2015 to $1.36 in 2019. The company has a strong track record of growing its store count, at around 10% compound annual growth rate over the last 20 years.

The company's "Life Out Here" strategy focuses on five pillars: Customers, digitalization, execution, team members, and total shareholder return. This strategy promises to continue to drive growth for the company as it entrenches itself as the go-to place for rural and farm equipment. Operating in a highly fragmented market, Tractor Supply Company sees a total addressable market opportunity of $110 billion, of which it has just a 10% market share, implying significant room for further market share capture. Besides, the company has also identified opportunities for new store growth to take the store count to 2,500 eventually.