Please ensure Javascript is enabled for purposes of website accessibility
Log In Help Join The Motley Fool
Free Article Join Over 1 Million Premium Members And Get More In-Depth Stock Guidance and Research
By Leo Sun - Jan 27, 2021 at 9:15AM

IBM's (IBM -0.91%) stock price recently tumbled after the tech giant posted its fourth-quarter numbers. Its revenue dropped 6% year over year to $20.4 billion, missing estimates by $260 million and marking its fourth straight quarter of declining sales. Its adjusted earnings fell 56% to $2.07 per share, though it still beat expectations by $0.19. 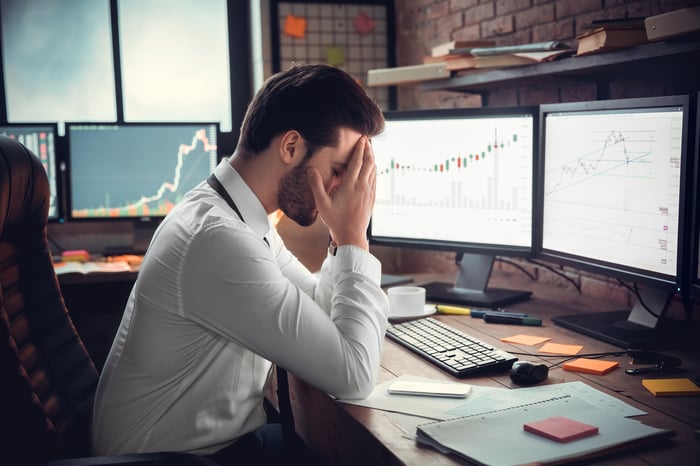