The struggling energy giant is apparently figuring out how to deal with investors agitating for change.

ExxonMobil (XOM 2.45%) is feeling the squeeze of not one but a pair of activist investors, and apparently planning to respond accordingly. An article published Wednesday in The Wall Street Journal, citing "people familiar with the matter," stated that the company is discussing changes to its board of directors and considering a ramp-up of investments in sustainable energy solutions.

The two activists pushing for changes in the company are D.E. Shaw Group and Engine No. 1. Also on Wednesday, the latter company formally nominated four candidates for ExxonMobil's board. In response, ExxonMobil issued a press release stating that its board affairs committee "will evaluate Engine No. 1's notice of nomination and nominees in line with the corporation's by-laws." 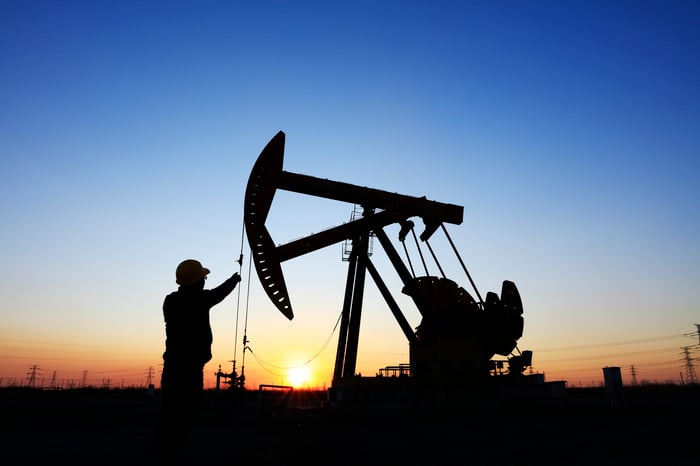 Adding to this, many investors and influential people in the corporate world have called for companies, particularly in the energy industry, to step up their game in regards to sustainability.

In its response to Engine No. 1, ExxonMobil addressed this concern for sustainability, writing that it will "provide updates on company performance and actions to address climate change, including initiatives to commercialize technologies which are key to reducing emissions and meeting societal goals consistent with the Paris Agreement."

This pressure could very possibly increase when ExxonMobil reports its fourth-quarter earnings next Tuesday. Many analysts and observers anticipate the company will book its fourth straight quarterly net loss -- a situation that would have been unthinkable during the oil bull market in the recent past.

ExxonMobil has posted losses due to a combination of increased spending and softened demand for oil and related products. The company announced plans to curb those expenditures, but that doesn't solve the problem of weak demand.

On Wednesday, ExxonMobil outperformed the S&P 500 index, declining by only 1.1% against the index's 2.6% fall.