The company is looking to add 50,000 front-line workers to its payroll.

Home improvement retailer Lowe's Companies (LOW 3.69%) appears to be looking forward to a busy spring, with a press release today announcing it wants to boost its roster of front-line workers by 50,000 in the coming months. The jobs include both full-time and seasonal positions, adding to the approximately 90,000 workers Lowe's says it hired during 2020.

As COVID-19 continues to spread across the United States, Lowe's also says it is offering a fresh round of bonuses to its workers. Working in retail naturally exposes associates to greater risk of catching the coronavirus, given their contact with large numbers of customers daily, so the bonuses are likely a form of incentive pay. 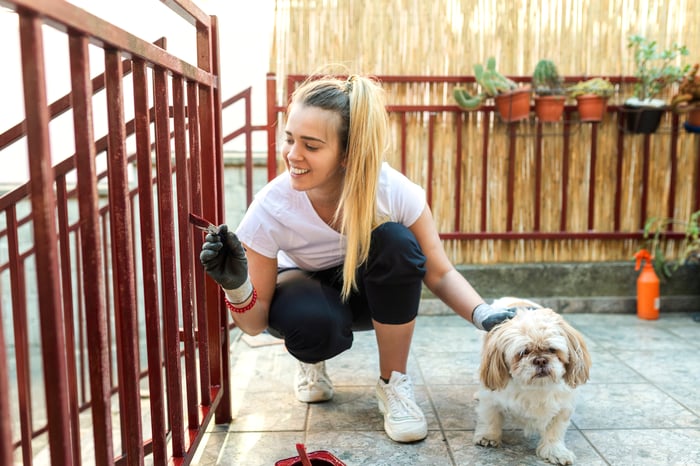 The company has earmarked $80 million for distribution to workers in front-line positions across Lowe's lineup of North American outlets. Part-time and seasonal employees will get $150 each, while full-time workers will receive $300 apiece. Lowe's says it has paid out six other rounds of bonuses since the pandemic erupted across the United States last March.

The pandemic has helped companies like Lowe's by driving home improvement as people find themselves in the house more amid lockdowns, quarantines, and limited travel. Residential remodeling is continuing to grow, and some indicators point to Lowe's being well positioned to benefit from the trend, with both a vigorously growing e-commerce segment and the possibility it is about to push more aggressively into supplying contractors as well as DIY homeowners.

Lowe's also has a strong presence in the American South, where retail foot traffic has recently picked up 20% according to InvestorPlace reporting, and where the retailer has up to twice the number of outlets in some states than its major competitor, Home Depot.