Please ensure Javascript is enabled for purposes of website accessibility
Log In Help Join The Motley Fool
Free Article Join Over 1 Million Premium Members And Get More In-Depth Stock Guidance and Research
By Bradley Freeman - Jan 28, 2021 at 10:31AM

So far, 2021 has been the year of the "short squeeze," with some select unloved companies finding new life. That has created some excessive trading hype for these companies.

Shorting a stock means borrowing shares in a company to sell elsewhere. Ideally, the short can buy the shares back later at a lower price and turn a profit from the difference in sale price. Traders generally short a stock because they are confident that the company in question is going to drop in value. Anything that leads to a sentiment change can result in share prices rising and that can mean a short-seller's losses grow. This tempts some of those shorts to purchase the shares back (called "covering") so as to limit their losses. The combination of positive sentiment and covering short positions can lead to a shortage of available stock to purchase which can induce parabolically positive stock price action.

The stock getting the most attention around short squeeze action at the moment is Gamestop. Its price went from about $20 a share to around $392 in a matter of a week or so. But another company, movie theater chain AMC Entertainment Holdings (AMC 2.51%), is among this group of otherwise beleaguered stocks getting short squeeze attention. It was trading around $3 a share last week, but it rose as high as $20 a share this week.

While it may be tempting to hop on the bandwagon and go along for the ride, I strongly recommend against it. Here's why. 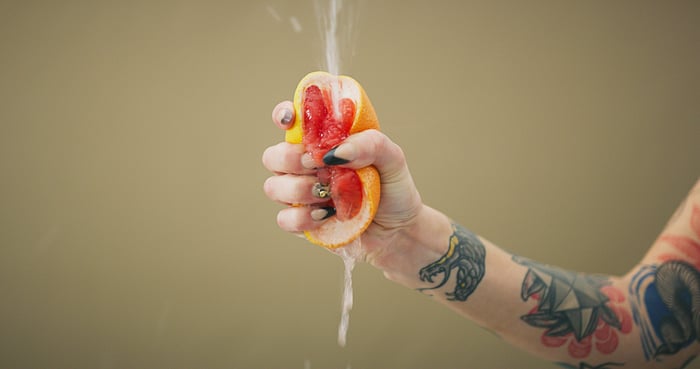 A tough year for AMC

The coronavirus pandemic has been a major obstacle for this movie theater chain to overcome. Over the first nine months of 2020, revenue fell by 73.2% year over year to roughly $1.08 billion. Its net loss ballooned by a factor of 27 to roughly $3.64 billion, and its margin profile worsened significantly across the board.

The cash burn forced management to cap credit markets and to dilute existing shareholders to raise cash for weathering this daunting period. Despite all of this, the company's market cap has soared 1,130% just in 2021 to $5.68 billion.

The poor performance is not a matter of bad management or execution, but rather the global pandemic still raging across the nations where AMC conducts business. Some of its venues are still closed entirely, while most of the rest remain under strict capacity limits. That's a tough environment to exist in. But even before the pandemic, AMC was struggling to maintain profitability, with sales either shrinking or very slowly growing quarter to quarter. COVID-19 only added to the company's existing issues.

It's not as if this business model was clicking on all cylinders pre-COVID-19 and can go back to doing so once this crisis is over. The movie theater business has long been challenged, and there is very little guarantee it will ever recoup the clout it enjoyed at its peak. Why?

Challenged by the streaming revolution

While movie theater chains like AMC struggle, streaming players are thriving in light of the weakened brick-and-mortar entertainment competition.

To put things into perspective, global streaming is projected to enjoy a compounded annual growth rate (CAGR) of 20.4% through the year 2027. Comparatively, the global box office is projected to grow by 7.35% annually through 2026.

To make things even more difficult, many of the content suppliers to movie chains like AMC are now taking matters into their own hands. AT&T's HBO MAX decided to co-release all of its new films this year into theaters and its new streaming platform. Walt Disney's Disney+ released the hit movie Soul to its subscribers with a very warm welcome (among others). Netflix also announced it will be releasing one new movie per week in 2021 to win new subscribers.

Companies are realizing they can use their exclusive movie content to attract new streamers, which comes with more recurring and less lumpy sales for the creators -- this is concerning for AMC and its entire industry.

Because AMC has very few rights to any content, it relies on being the only venue in town to show new hit films -- that edge is quickly eroding. Despite all of these threats, AMC has handsomely outperformed every single streaming stock over the last several months.

AMC Entertainment stock is soaring for reasons that appear to be somewhat divorced from investing fundamentals. Investors from various chat rooms have banded together to team up and punish short-sellers, and it will likely end poorly for most involved, especially those who are late to the game. I do not know when the short-squeeze party will end, but I do know that it will end, and AMC's stock will likely struggle when it does.