Please ensure Javascript is enabled for purposes of website accessibility
Log In Help Join The Motley Fool
Free Article Join Over 1 Million Premium Members And Get More In-Depth Stock Guidance and Research
By Matthew Frankel, CFP® - Updated Jan 29, 2021 at 11:22AM

This fintech-focused SPAC is soaring, and it's not because of a short squeeze.

The stock market was having a rather negative day on Friday morning, with all major market indexes in the red. But Chamath Palihapitiya-led special purpose acquisition company (SPAC) Social Capital Hedosophia Holdings V (IPOE) was soaring, with shares up by nearly 30% at 10:30 a.m. EST.

There are a few potential reasons investors are interested in this particular SPAC, but the most likely explanation for today's lift is that fintech start-up Social Finance (SoFi), which the SPAC has agreed to take public, offers a trading app that is a direct competitor to Robinhood. Known as SoFi Active Investing, the platform has several features that appeal to younger, active traders, like fractional share investing and the ability to trade cryptocurrencies. 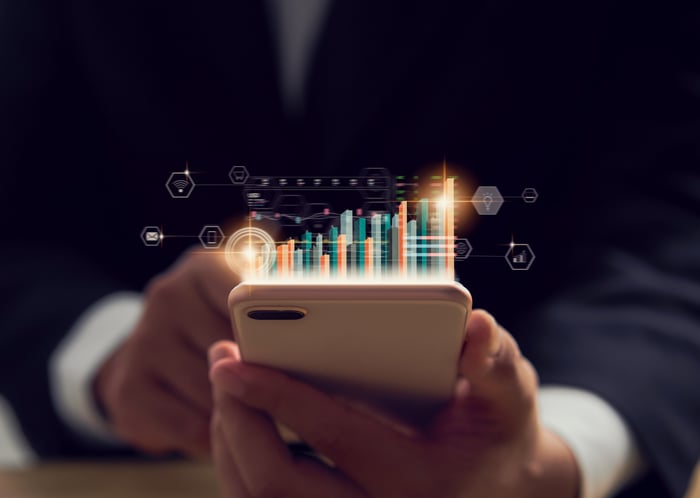 With Robinhood recently halting trading on high-momentum stocks like GameStop and AMC Entertainment Holdings, there has been a major outcry from politicians, market commentators, and most importantly, Robinhood traders. So, it's fair to say that the outrage could lead to some of Robinhood's millions of customers jumping ship to other comparable platforms. And SoFi certainly has one.

It's also not an insignificant detail that SoFi has the only trading platform with a direct association to Palihapitiya, whose influence over younger traders and investors could certainly give SoFi's trading platform, and its entire personal finance ecosystem, a nice boost.

SoFi is more widely known for its personal loans and other lending operations than its stock trading platform, which makes sense since it's a relatively new side of the business. However, the surge in trading popularity, general investor disappointment with some of Robinhood's latest moves, and its association with Palihapitiya could ultimately bring hundreds of thousands or even millions of people into SoFi's trading app, SoFi Invest. And these are customers that could also be cross-sold other SoFi financial products and services, which could be a needle-mover for the company.