The vaccine was 100% effective in preventing hospitalization and death from COVID-19.

Johnson & Johnson (JNJ 1.46%) released results today from the phase 3 clinical trial of its COVID-19 vaccine candidate, saying that the data showed it was 66% effective against moderate and severe disease, 85% effective against severe disease, and completely prevented hospitalization and death. The study revealed no significant safety concerns, and the company hopes to file for Emergency Use Authorization (EUA) with the Food and Drug Administration by the end of next week.

The data is based on 43,783 participants on three continents. The protection against moderate and severe disease 28 days after vaccination was 72% in the U.S., 66% in Latin America, and 57% in South Africa. The high protection against severe disease was consistent across all age groups and ethnicities, and against all variants of COVID-19 detected in the study, including the South African variant. 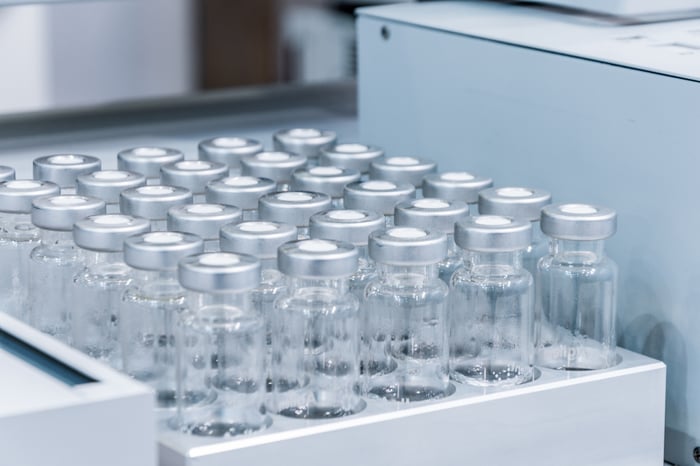 The overall effectiveness number for Johnson & Johnson's adenovirus-based vaccine will surely be compared to higher numbers for the mRNA vaccines from Moderna and Pfizer, but the company explained in a conference call why it believes its vaccine is competitive. The mRNA trials were conducted before the emergence of more-highly-transmissible variants of the virus. Johnson & Johnson said that results show its single-dose vaccine has a rapid onset of protection (as early as seven days for severe disease) and that antibody levels continue to increase for a month after administration and then stay flat, compared with waning levels observed with mRNA vaccines. The vaccine can be stored and transported at refrigerator temperatures.

Johnson & Johnson said it is ready to begin shipping vaccine immediately upon authorization and said it was on track to deliver 100 million doses to the U.S. by the end of June. The company will also proceed with testing the vaccine in children and using a two-dose regimen.