Please ensure Javascript is enabled for purposes of website accessibility
Log In Help Join The Motley Fool
Free Article Join Over 1 Million Premium Members And Get More In-Depth Stock Guidance and Research
By Bradley Freeman - Jan 30, 2021 at 10:05AM

What to make of these two stocks.

Short squeezes in 2021 have led to down-and-out companies suddenly seeing soaring share prices. When one shorts a stock, they borrow the company's shares to sell to another investor. If the short-seller can purchase back the shares at a lower price (known as covering the short), they profit the difference.

Anything leading to a positive sentiment change in an organization, however, can push share prices higher, which leads to losses for short-sellers. This seduces some bears to cover their positions -- even at a loss -- to limit potential downside. Incremental share demand from this covering can then make available shares more scarce, which drives prices even higher. This is known as a short squeeze.

GameStop (GME -3.56%) and AMC Entertainment Holdings (AMC -8.03%) are among the group of troubled companies seeing a short squeeze. Both have produced mind-boggling returns in the last few weeks, and both are terrible investments. Here's why.

A tough year and a tough environment for AMC

Movie theaters have struggled to deal with the COVID-19 pandemic. Some of AMC's properties remain closed altogether while more are under strict capacity limits. As a result, the company's financial performance has been underwhelming to say the least.

Over the first nine months of 2020, sales for AMC cratered 73.2% year over year to $1.08 billion. Profitability also lagged. AMC's operating margin worsened from 2.2% to roughly negative 290% with net loss ballooning in size. 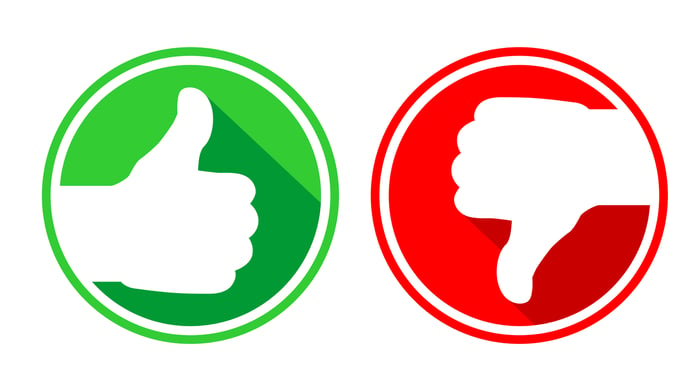 The poor performance is not the fault of the company or management. There's not much CEO Adam Aron can do to turn things around in the current environment. Even when vaccines are distributed and things to start to recover, the movie theater business will likely remain challenged.

Leading into the pandemic, AMC struggled to keep its sales growth positive with revenue contractions occurring in several quarters. Further, the 2.2% operating margin it featured before the pandemic struck is hardly worth bragging about.

To make things even more complicated, the content suppliers AMC relies on to run its business are beginning to deliver their new content via direct-to-consumer (DTC) channels. Streamers are realizing they can drive subscription growth by adding new films to their services, which is not good for AMC. For example, AT&T's HBO Max streaming service will co-release all of its films in theaters and on its own service in 2021; Walt Disney's Disney+ is also making similar moves, with its Soul film, among others.

AMC does not create its own content, so having exclusive access to new movies to bring eyeballs to its locations is imperative. These large-cap entertainment companies are no longer cooperating and the entire industry will suffer because of it.

Regardless of all of the threats and the poor financial performance, AMC's market cap has soared 881% just in 2021 to $4.50 billion.

Do not play with GameStop

GameStop -- a brick-and-mortar gaming retailer -- has also seen the short squeeze of a lifetime. Its market cap has spiked 1,630% year to date to $22.7 billion while its financials suffered just like AMC's.

While gaming products like Microsoft's Xbox and Sony's PlayStation thrived amid pandemic-induced stay-at-home orders, GameStop's results are underwhelming. In its most recent quarter, revenue plunged 30.2% to $1 billion as the company cut its store base by 11% just to maintain costs. The company's operating margin eroded from negative 3% to negative 6% while its cash flow from operations also rapidly deteriorated.

Regardless of all this, GameStop has outperformed video game businesses by a massive margin in 2021.

Just like with AMC, the company is not entirely to blame for the poor performance. Still, the poor margins even before COVID-19 spell more permanent issues.

To make matters more precarious, gaming companies like Microsoft and Sony have been successfully shifting content demand to more direct channels for years. Yes, GameStop will likely get a temporary boost from new console sales but it won't last with the vertically integrating competition not going anywhere. Today, you do not need to go to a store like GameStop to purchase anything; you can do so from your couch far more quickly and conveniently.

AT&T is cutting AMC out of the equation by releasing films to HBO Max, and competitors like Microsoft are doing the same thing to GameStop with its online game pass.

Even when the pandemic ebbs further, there's little reason to think everyone will choose to return to in-person shopping. Some will, and some won't, with those permanently sticking to DTC channels directly hurting GameStop's long-term potential.

Say no to both

It's difficult to determine which investment between AMC and GameStop is better -- both are bad. The share price increases seem to be purely driven by short squeezes and are somewhat separate from underlying fundamentals or prospects. Neither company is performing well and both have meaningful obstacles in the way of realizing a longer-term recovery.

To put it plainly: There are many better places to put your investment funds rather than investing in these two beleaguered organizations.