Shares of Matinas BioPharma Holdings (MTNB 3.77%) were crashing 32.7% lower as of 3:01 p.m. EST on Monday. The steep decline came after the company announced disappointing results from a phase 2 clinical study of Lypdiso in reducing triglycerides.

Matinas had good news and bad news. The good news was that Lypdiso beat Amarin's (AMRN -0.68%) Vascepa in increasing eicosapentaenoic acid (EPA) levels in study participants' blood. It wasn't even close, with Lypdiso demonstrating a 46% increase in EPA from baseline compared to Vascepa. 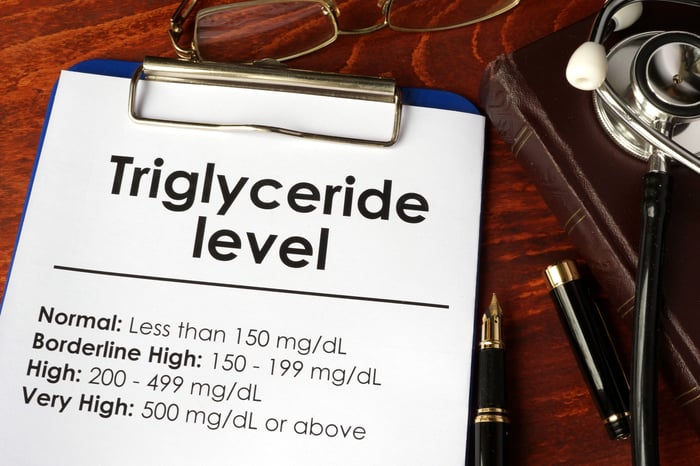 But the bad news was what concerned investors. The primary endpoint of the late-stage study was percent change from baseline in triglyceride levels. Matinas hoped to show that Lypdiso was the hands-down winner versus Vascepa. Nevertheless, Lypdiso failed to achieve this primary endpoint.

Despite this failure, patients taking Lypdiso did have lower triglyceride levels than patients taking Vascepa did. The relative improvement wasn't statistically significant, however.

Can the biotech stock recover after today's big sell-off? Perhaps. Matinas hopes to find a partner to work with on a pivotal late-stage study of Lypdiso. CEO Jerome Jabbour said the company's management believes the phase 2 data "point to the potential for robust cardiovascular risk reduction" with Lypdiso.