Shares of special purpose acquisition company (SPAC) Tuscan Holdings (THCB) soared more than 45% on Monday after the company announced it plans to merge with electric vehicle (EV) battery maker Microvast. Shares had settled back to a gain of 34% as of 1:35 p.m. EST.

Microvast and Tuscan expect the merger transaction to close in the second quarter of 2021, giving the newly public company an equity value of $2.1 billion. Microvast's technology is currently being utilized in almost 30,000 vehicles globally, and the company reported over $100 million in 2020 revenue. 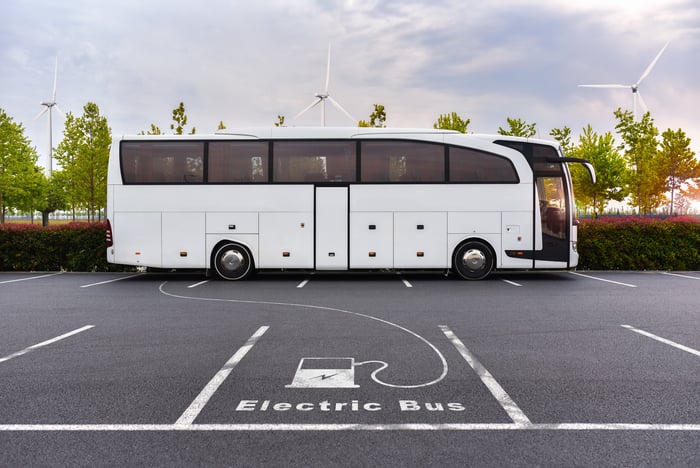 Applications for Microvast's products include commercial and municipal vehicles, passenger vehicles, and energy storage solutions. Capital raised from the merger will be used to expand battery production capacity, which the company said it will use to help fulfill $1.5 billion in signed contracts for its products through 2027.

Microvast says its focus is on commercial vehicle applications, including "light, medium and heavy-duty trucks, vans, buses, trains, automated guided vehicles, port equipment and mining trucks." It believes the total addressable market for its products is approximately $30 billion. The company is on its third generation of battery technologies since its founding in 2006.

Interested investors today should be aware that the jump in share price values the combined company at over $4.4 billion, or about three times estimated 2025 sales.

What You Need to Know About Microvast, the Latest EV SPAC